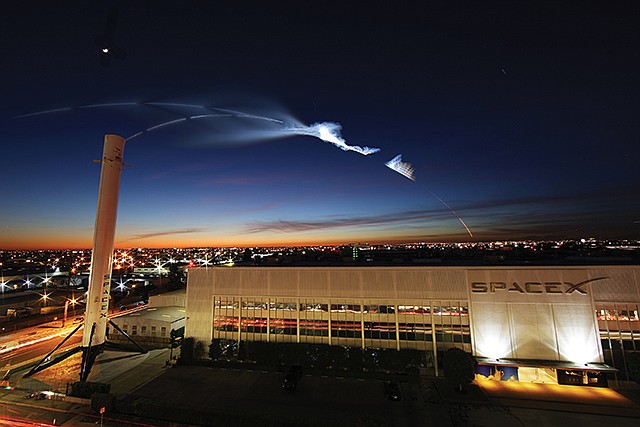 The SpaceX Falcon 9 rocket, which launched from Vandenberg Air Force Base carrying 64 “smallsats,” set a record for most satellites strapped to a rocket booster, a stack more than 20 feet tall.

“This was an incredibly complex mission, and I’m extremely proud of what our talented team at Spaceflight has achieved,” Spaceflight Industries President Curt Blake said in a statement. “This mission enabled 34 organizations from 17 different countries to place spacecraft on orbit.”

SpaceX followed the Spaceflight mission with a Dec. 5 resupply to the International Space Station, which marked the company’s 20th launch in 2018.

The rocket carried more than 5,000 pounds of food and supplies to the ISS and launched from Cape Canaveral Air Force Station in Florida.