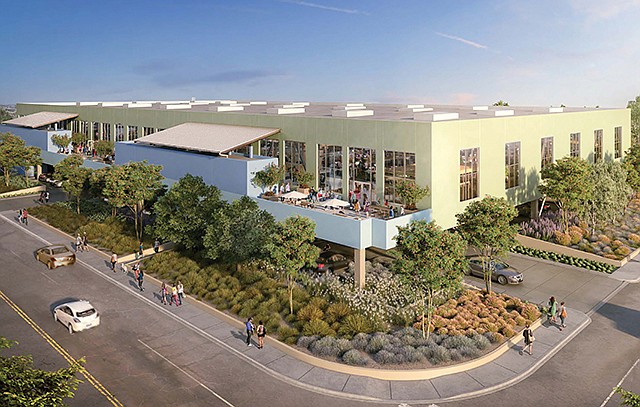 It’s not just media and technology companies on the hunt for nontraditional office space anymore.

The company plans to move from its current headquarters, also in El Segundo, to the new, creative office space located at 2330 Utah Ave. on July 1. Radiology Partners will occupy about 65,000 square feet of an 80,000-square-foot building called Ascend, part of a six-building complex.

“The Ascend Campus is one of the best new buildings on the market,” Bobek said in a statement. “This is a great opportunity for Radiology Partners. It’s easily customizable space fits the needs for its new corporate headquarters.”

Bernard Huberman, founder and CEO of BLT Enterprises, said the companies moving into BLT’s creative offices “are not looking for traditional office space. They are looking for unique properties that emulate their culture and provide employees with the top in-demand amenities.”

A 4,680-square-foot-property at 1941 Pontius Ave. in West Los Angeles was leased to design and production firm King and Country. BLT converted the property from a music studio into creative office space.

King and Country, which has already moved into the building, was previously headquartered in Santa Monica. The company signed a six-year lease for $1.5 million, according to BLT. David Wilson and James Wilson, of Lee and Associates Commercial Real Estate Services Inc., represented both parties.

Marketing agency Hawke Media has leased 26,800 square feet at 2231 Barrington Ave., also in West L.A. BLT is in the middle of a $3 million creative build-out of the property.

The five-year lease is worth more than $6 million. Hawke Media, currently headquartered in Santa Monica, is expected to move in March of next year. The companies represented themselves in the lease agreement.

Spectrum has leased 72,774 square feet of space in a building conveniently located next door to one of its current operations. The lease is for seven years.

“This is an older generation building originally designed for manufacturing, but its physical attributes − prime location, expansive yard, and dock high loading − make it desirable in today’s market for an array of uses,” said Matthew Stringfellow, Klabin’s senior vice president, in a statement.

Industrial property is in high demand in the Southland as a growing number of e-commerce operations clamber for space.

“While we garnered extensive interest and activity from various users, it was a win-win for both landlord and tenant to continue their relationship, originally established as neighbors, and secure a long-term lease with a known, proven entity,” Stringfellow said.