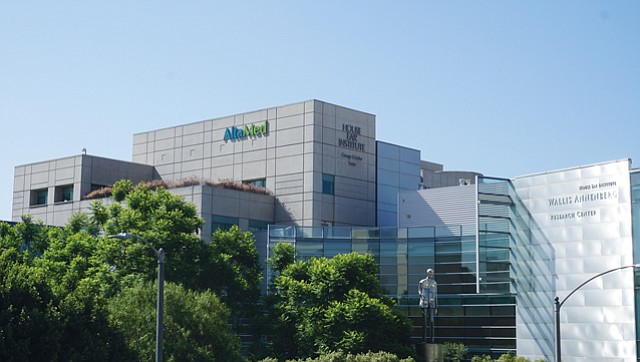 The drumbeat to expand the $40 billion bioscience industry in Los Angeles County will grow louder this fall with six local biomedical conferences on tap.

LA BioMed, a nonprofit research lab based in Torrance, will host its 5th Annual Innovation Showcase on Sept. 13 at the newly renovated Westdrift Manhattan Beach.

The all-day conference will feature presentations to potential investors from 32 medical device and therapeutics startups from across the state, in addition to speakers from venture capital and biotechnology firms.

An inaugural Bioscience LA Summit is set for Sept. 20 and will trumpet a region that aspires to be a leader on bioscience development and commercialization.

The Southern California Biomedical Council, meanwhile, will host its 20th Annual SoCalBio Conference on Sept. 28 at the Westin Long Beach.

The event by the oldest trade group in Los Angeles will feature presentations by 39 emerging biotech, medtech and digital health companies, preceded by a chief executive reception and dinner. A keynote address will be made by Dr. Peter Emtage, head of global cell therapy research at Kite, a Gilead Co., based in Santa Monica.

The USC Center for Body Computing will host its 12th Annual Body Computing Conference on Sept. 28 on its main campus in University Park. The all-day digital health conference will touch on how technology affects all aspects of life, from ridesharing to combat training.

Speakers at a conference themed “The Decline of Healthcare, The Rise of LifeCare,” will include leaders from the U.S. Food and Drug Administration, the Pentagon and firms such as Alphabet Inc.’s Google Inc. and Abbott Laboratories.

The American Israeli Medical Association will host its 11th annual BioMedTech Summit on Oct. 7, focusing on “medical innovation in the 21st century.”

Capping the season of bio-conference is the 4th Annual Biotech Summit at the California NanoSystems Institute at UCLA on Oct. 27. The full-day program will be hosted by Biotech Connection Los Angeles, an initiative by the nonprofit Community Partners.

“This is a major milestone for our medical group and the downtown Los Angeles community,” said Jim Rechtin, California regional president for HealthCare Partners, in a statement.

The 30,000 square-foot pediatric clinic houses 38 patient exam rooms and a dozen dental chairs at Third and Alvarado streets inside a former research center at the House Ear Institute. It is jointly staffed by AltaMed and Children’s Hospital.

“Through our partnership with CHLA, we aim to improve access to world-class pediatric care for vulnerable children in the community,” said Castulo de la Rocha, chief executive for AltaMed, in a statement.

Children’s Hospital will renovate its aging Duque Building to reactivate 17 additional patient beds as part of preparation for a crush of patients during the upcoming flu season.

The $2 million construction project is expected to add more beds and other upgrades by November.

“As our total patient visits have risen from 486,000 a year to nearly 568,000 in the last three years, this is critical step we must take to fulfill our mission of helping every patient who needs us,” said Nancy Lee, a senior vice president for CHLA, in a statement.