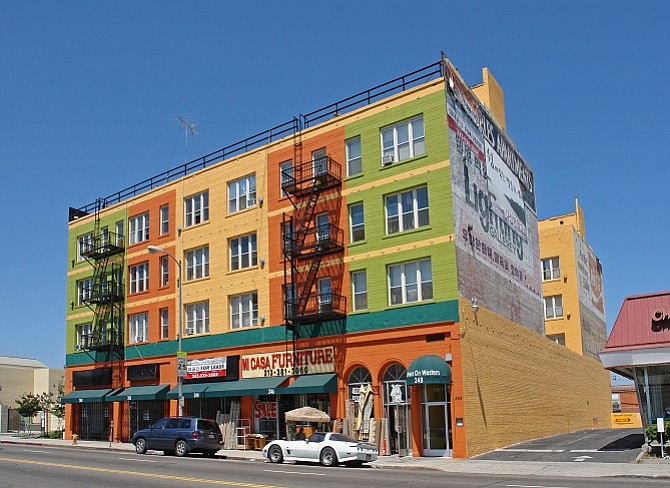 A brother-and-sister lawyerly duo has launched The Brooklyn Cos., a downtown Los Angeles-based firm billed as a real estate firm serving family offices, which has acquired its first property, a four-story, 54-unit, 45,000-square-foot mixed-use apartment building at 240 S. Western Ave. in Koreatown, for $11.3 million, or roughly $208,000 per unit.

The company is led by President and CEO Noel Hyun, formerly of the Liner and DLA Piper law firms, and her brother, Philip Hyun, a former Gibson Dunn & Crutcher lawyer who now serves as the company’s vice president and chief operating officer. Both Hyun siblings previously worked as real estate lawyers.

Roughly one-quarter of their company’s inaugural property is designated for retail space, formerly known as the Towers on Western, but rebranded to its historic name, the St. Charles.

The property was previously sold for $9 million in 2015.

Brooklyn Cos. will invest $2.4 million to upgrade 16 vacant apartments, reposition the ground-floor retail space and will renovate the property to include more than 3,000 square feet of amenities for residents.