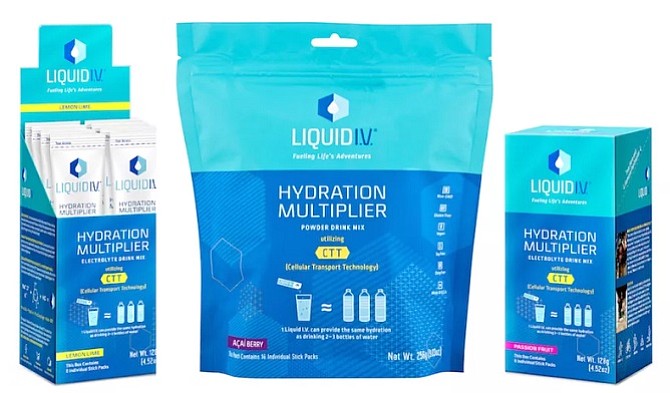 “This has been a big year for Liquid I.V., reaching no. 1 on the Amazon sports drink best-sellers list, launching the passion fruit flavor for our Hydration Multiplier line, innovating a new sleep product that will be added to our collection later this year, growing our team, and now closing this Series B with some of the greatest partners around,” said Brandin Cohen, Liquid I.V. chief executive.

Cohen said the company also focuses on philanthropy and plans to “donate over 300,000 servings of Hydration Multiplier to those in serious need in the most undernourished regions of the world.”

Liquid I.V. reports it will use the funding to continue expanding its production and distribution as well as educate consumers about the brand.

“We were immediately struck by the company’s traction in the market and potential for growth and as we’ve worked more closely with Brandin and the leadership team over the course of this year, we were impressed by their drive to bring a high-quality product backed by powerful science to battle hydration for everyday consumers,” said Kiva Dickinson, partner at CircleUp.