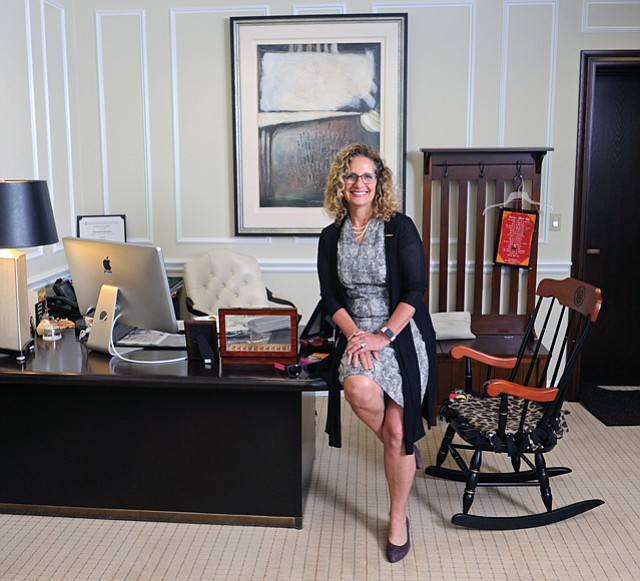 Discovering one of the most significant items La Verne University President Devorah Lieberman sees each day involves stepping just outside of her office in Founders Hall on the university’s campus in leafy La Verne.

The wall in the hallway features a lineup of 17 mostly stern-looking gentlemen, all members of the Church of the Brethren, the Christian denomination that founded the university in 1891. Photo number 18 is Lieberman, with a smile on her face that suggests she’s either just blown out the candles on her birthday cake – or perhaps landed the best job in the world.

That’s exactly how Lieberman feels about the position she has held since 2011, when she succeeded 26-year president Stephen Morgan.

“My mission is University of La Verne, and the students of La Verne,” she said after stepping back into her private office after a visit to the former boys’ club on the presidential wall. “Everything in this room supports my mission.”

The private nonprofit institution includes 10 Southern California campuses and is comprised of the Colleges of Arts and Sciences and Business and Public Management, as well as a College of Law.

Mission is the reason Lieberman begins each term by reading Viktor E. Frankl’s “Man’s Search for Meaning,” detailing the late Austrian neurologist and psychiatrist’s struggle to hang onto hope in a Nazi concentration camp. The book, she said, helps her to re-identify her purpose each year.

So does her annual dash onto the football field.

“I put on a complete football uniform, with pads, and go out and do a scrimmage with the team,” she said. “I believe you are 100 per cent in whatever you do, whether you are on the field, or in the classroom, or in student government. I want to demonstrate that for me to be 100 percent, I have to be part of them.”

Anyone who fails to notice that there’s a petite blond woman among the players should look for the jersey Number 18 – worn, of course, by the 18th president.

Lieberman enjoys the fact that her football stands in front of a reproduction of René Magritte’s “The Treachery of Images,” also known as “This Is Not a Pipe.”

“This is not a pipe; it is a picture of a pipe, and you don’t let someone else define who you are,” she said.

There are plenty of leopard spots around the office, but Lieberman is particularly fond of a pair of glamorous mules that stand among her memorabilia.

“They are from a student who had the opportunity to go to Stanford University or La Verne, and chose La Verne because of the values,” Lieberman said. “I put them there because those values that started the university in 1891 are the same values that guide me today. I’d like to walk in her shoes.”

Alas, that goal will have to remain symbolic. The leopard shoes are too small. 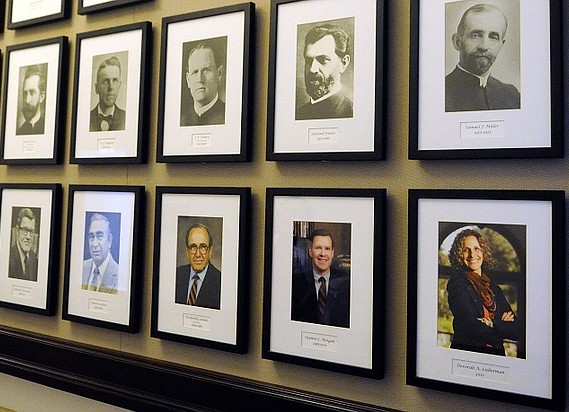 Lieberman is University of La Verne’s 18th president and the first woman to hold the post. (photo by Thomas Wasper) 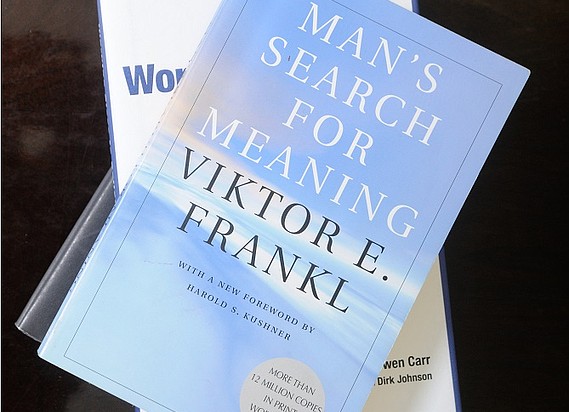 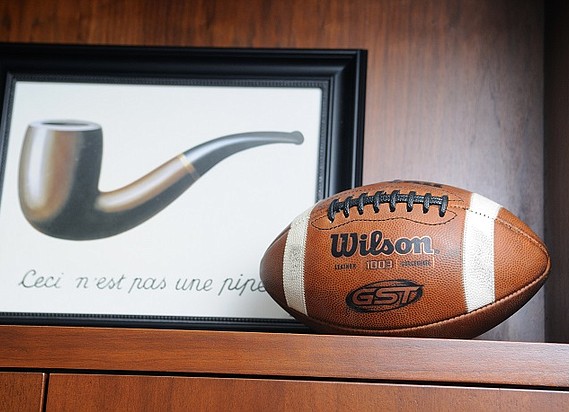 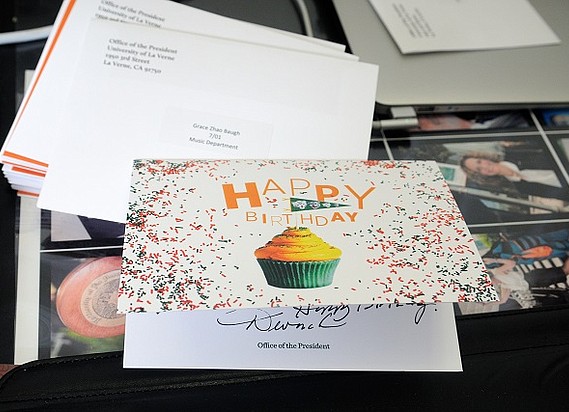 Save the Date: Lieberman sends a yearly birthday card with a personal note to every university employee. (photo by Thomas Wasper) 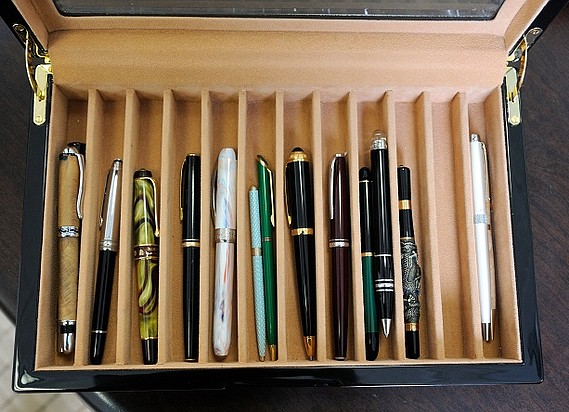 Lieberman collects fountain pens, including a favorite Montblanc. Many are gifts. “When I write with a fountain pen, I feel like it comes more from my heart.” (photo by Thomas Wasper) 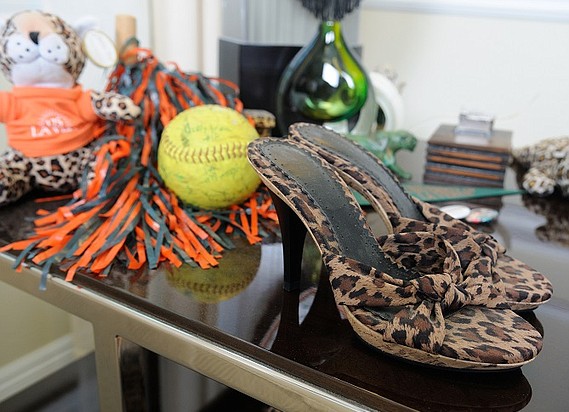 A gift from a loyal grad who chose La Verne over Stanford University. (photo by Thomas Wasper)