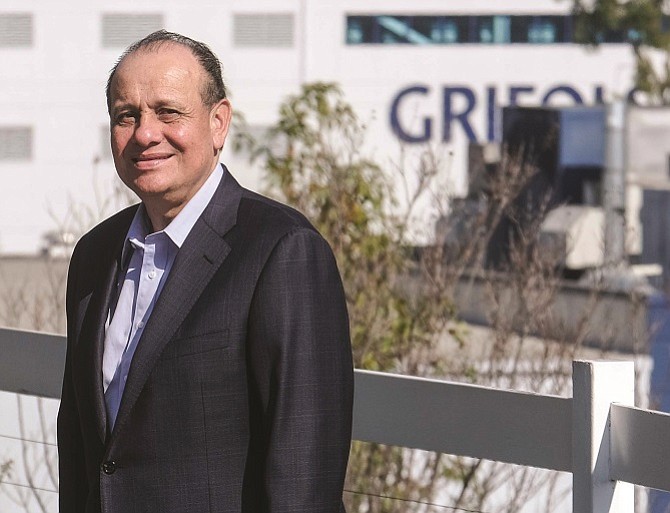 Grifols Biologicals Inc. of El Sereno has hired more than 100 Cal State LA alumni and students while training nearly as many high school students at its summer science academy.

For his contributions to the regional bioscience industry, Grifols Biologicals President Willie Zuniga was honored by the university recently with an LA BioStar Award.

“When you work in this industry, it comes with a very important mission,” Zuniga said at an Aug. 14 graduation ceremony for Cal State LA BioStart, an intensive student training program for early-stage bioscience entrepreneurs.

Grifols Biologicals, a division of Grifols S.A. of Spain, produces plasma-derived medicines for rare chronic conditions such as hemophilia.

Zuniga was born and raised in El Sereno and nearby Lincoln Heights. He landed a job four decades ago at Alpha Therapeutic, now Grifols, as an entry level manufacturing tech. He worked his way up to president – but never forgot his roots.

The company has been collaborating with a Cal State LA BioSpace initiative to support bioscience in eastern Los Angeles and the San Gabriel Valley.

The campus plans to open a 20,000 square-foot Cal State LABioSpace incubator lab in early 2019 for biotech startup firms spurred by such student outreach.