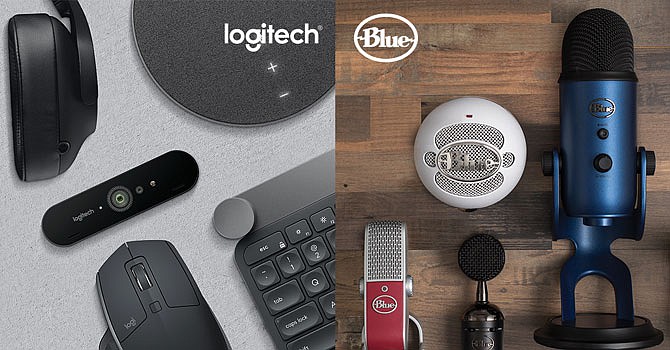 Logitech Chief Executive Bracken Darrell said in a press release that “Logitech’s acquisition of Blue Microphones will accelerate our entry into a growing market, and offers another way for us to help bring people’s passions (from music to blogging) to life,” adding that the opportunity with Blue is “exciting” and “an adjacent opportunity for us – a new way to grow – with additional synergies related to our existing gaming, PC webcam and audio categories.”

The Blue Microphones acquisition is part of Logitech’s plan to gain traction in the gaming sphere and make inroads with home and office video-calling technology. “We’re an established leader in the broadcasting space with a strong product portfolio,” Blue Microphones Chief Executive John Maier said, adding that “Logitech has design at its heart, tech know-how and global reach, and together we can do amazing things.”

Logitech’s $117 million acquisition of Blue Microphones is one of the company’s highest-valued buys to date, second only to its purchase of video conferencing software firm Lifesize Communications Inc. for $405 million in 2009.

Zooming Up in Value

Capital, with participation from Franklin Templeton Investments and Neuberger Berman.

LegalZoom was valued at $440 million in 2012 and was set to file for an IPO that year, but private equity outfit Permira Holdings acquired a controlling stake in the company for a reported $200 million and the public offering was subsequently called off.

“Since the Permira funds 2014 investment, LegalZoom has doubled revenue and enhanced its growth rate with exceptional profitability,” Permira Partner Dipan Patel said in a statement. “We invested four years ago based on a compelling vision, only to see it come to life through great execution and continuous innovation.”

Dipanjan “DJ” Deb and Neil Tolaney from Francisco Partners will join LegalZoom’s board as part of the deal along with Khai Ha from GPI Capital.

“Delivering valuable solutions that naturally evolve into deeper relationships with customers has resulted in a rare combination of healthy profitability and accelerating revenue growth” LegalZoom Chief Executive John Suh said in a statement.

KMS Fab is based in Luzerne, Pa., and KMS South Inc. is in West Columbia, S.C. For the fiscal year ended Dec. 31, 2017, the KMS companies’ combined net sales were $23.3 million, according to Reliance.

“Our acquisition of the KMS Companies fits well with our growth strategy of acquiring and investing in businesses that perform high levels of value-added processing,” Gregg Mollins, Reliance’s chief executive, said in a statement.

Reliance, a metals distributor, has 300 locations in 40 U.S. states and 13 other countries, according to its website. Its market cap is approximately $6.5 billion.