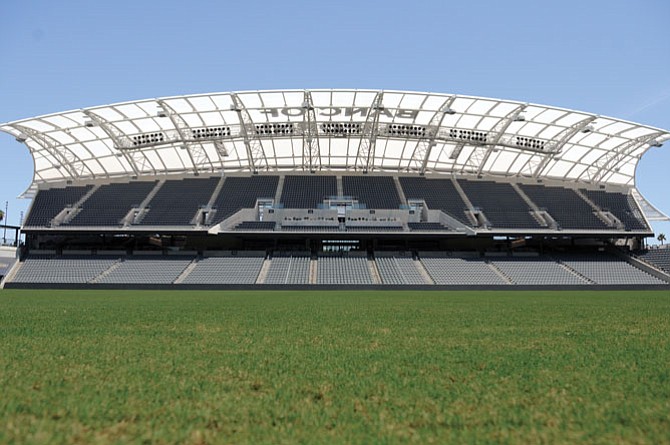 “If we were going to go ahead and develop a new entertainment and sports facility in the city of Los Angeles, which is already saturated with seat inventory, we wanted something unique and different,” Friedman, president of Banc of California Stadium Entertainment, a division of LAFC Sports, said shortly before the July 25 match that pitted the venue’s home team and sister operation against cross-town rival Los Angeles Galaxy. 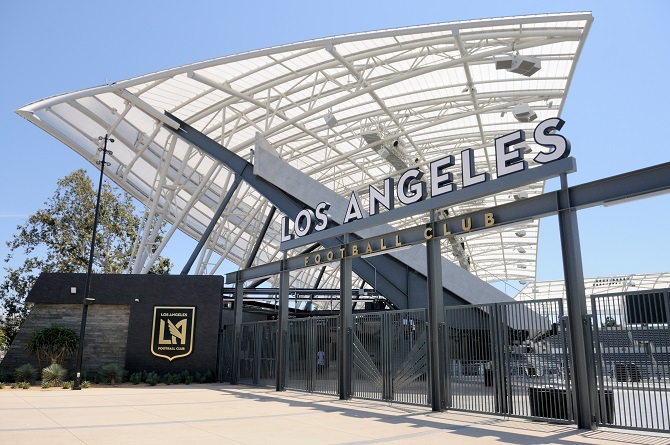 “I feel like this stadium will stand as an icon, not only here but across the country and globe for a long time,” Friedman added.

A display of Friedman’s vision came as a sell-out crowd of 22,000-plus cheered LAFC on against the Galaxy. Attendees were treated to skyline views of downtown Los Angeles to the north, and a sleek venue more akin to a contemporary hotel than the Los Angeles Sports Arena, which previously occupied the parcel at Exposition Park.

But it’s not clear whether the venue can book non-soccer events, which is critical if its 30 owners – an eclectic group that ranges from Hollywood studio and sports veteran Peter Guber to comedian Will Ferrell and self-help guru Tony Robbins – want to recoup the $350 million investment that went specifically toward stadium construction.

Soccer is a limited income source, with only 17 regular-season MLS home matches each year.

The most valuable MLS team, according to Forbes magazine, is the Galaxy, which play at Carson’s StubHub Center. Forbes put the Galaxy’s value at $315 million, with operating income of $9 million annually.

Friedman acknowledged that part of any operating income is then sent to MLS due to a revenue sharing agreement between the league’s teams. About 30 percent of ticket sales, for example, are sent to the league. 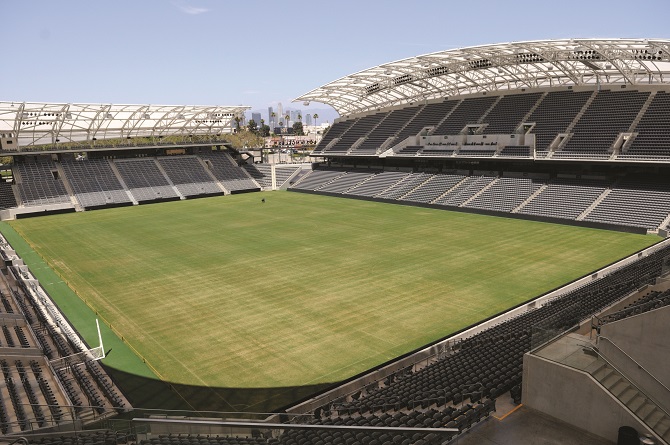 A sports stadium is typically expected to return about 8 percent of its total cost per year in operating profits, said Roger Noll, a sports economist at Stanford University. That translates to around $25 million in yearly operating income for Banc of California Stadium – nearly three times what the Galaxy made last year.

That puts Banc of California Stadium in the highly competitive market for live music shows and festivals, competing with the Staples Center, a refurbished Forum, and the Hollywood Bowl, among other sites.

The stadium has so far hosted one event that is not soccer or a private, corporate outing – the Wango Tango music festival in June sponsored by iHeart Media Inc., which Friedman said generated “high six figures” in revenue.

Banc of California Stadium is largely taking a pass on 2018 besides the LAFC’s schedule of soccer games and perhaps a few fall concerts.

Come 2019, Friedman wants a full ramp up. “Our goal will be to have 10-12 major touring acts on stage, multiple festivals in the venue, and around 6-10 exhibition sports events.”

It is a good time for live entertainment, broadly speaking. North American concert ticket sales climbed to $8 billion in 2017 since dipping to $4.2 billion in 2010, according to Statista Inc. 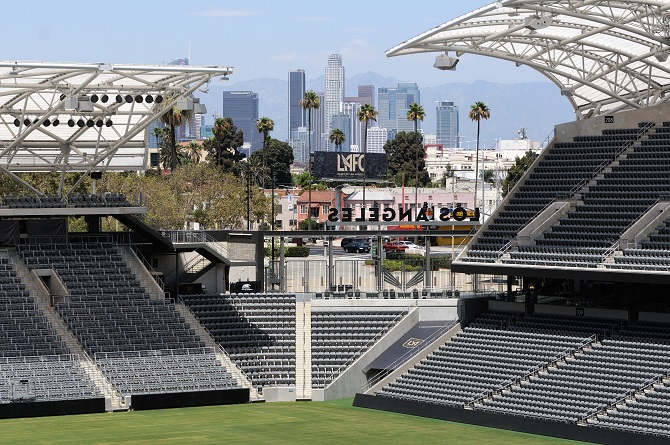 Soccer Scenes: LAFC fans have a good view of the game - and the downtown skyline. (photo by Thomas Wasper)

The rise locally is largely due to mega-festivals and tours, said Gigi Johnson, a music business professor at UCLA, who is writing a study on Los Angeles’s live music economy.

Banc of California Stadium faces a couple of obstacles, Johnson said, in getting its share of concert ticket money.

One is what Friedman identified, which is whether the stadium’s specific aesthetic and size are a drawing card to lure talent away from where they normally perform.

Live Nation promotes an array of high-priced talent, and owns Ticketmaster, the ticket vendor for most live entertainment, including LAFC matches.

The companies, Johnson noted, have radius clauses in which artists who, for example, play Coachella, cannot play other nearby venues during certain periods.

Banc of California Stadium’s ownership group does include high-profile players in the live entertainment business.

Guber, for example, is chairman of Mandalay Entertainment Group, and co-owner of the Los Angeles Dodgers and Golden State Warriors.

Another stadium investor and owner is Mark Shapiro, who is co-president of WME IMG talent agency, which is a subsidiary of Beverley Hills-based Endeavor. According to Johnson, Shapiro might have the clout to convince talent to play to at Banc of California Stadium. 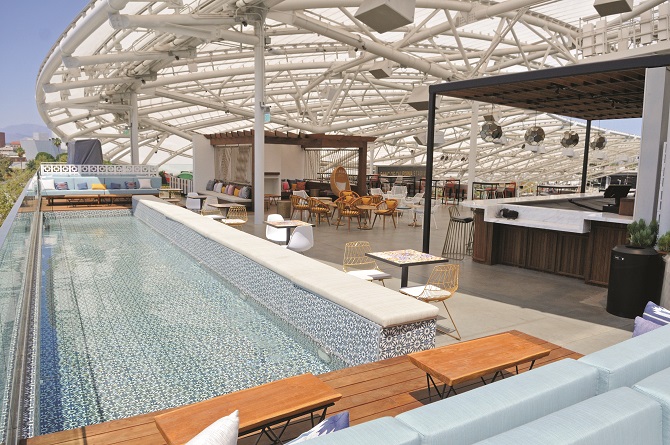 None of the owners, though, have a strong connection to either AEG or Live Nation, and Banc of California Stadium has taken a diplomatic approach in establishing a relationship with each company.

“The building is an open building to promoters,” Friedman said. “All we’re hoping to do is peacefully co-exist.”

AEG declined comment on its new potential partner, and competitor, and messages left with Live Nation were not returned.

Meanwhile, Friedman is hunting for entertainment off the beaten path.

He mentioned smaller promoters such as Bobby Dee Presents, barn storming soccer teams from Europe and Latin America, sports like lacrosse, rugby, and even outdoor boxing, as well as concerts targeting fans of Latino, Korean or Bollywood music.

“We don’t just want top-10 pop artists, but a facility that represents the broad demographics of the city,” Friedman said. “It will be Los Angeles’s venue for everybody.”