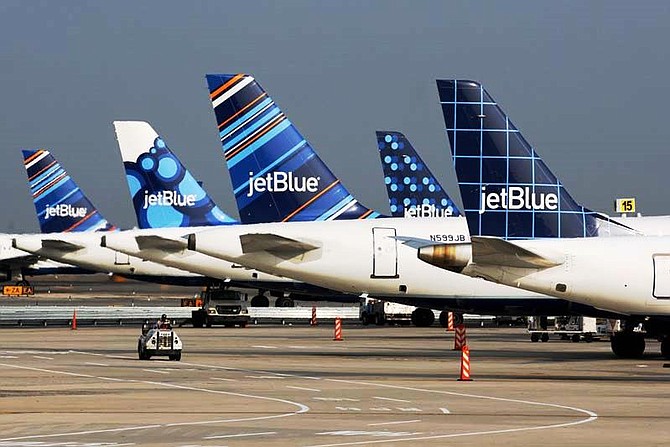 JetBlue Airways Corp. is returning service to Ontario International Airport in September as part of a regional flight shuffle in which the carrier is adding flights at Hollywood Burbank Airport but sharply reducing flights at Long Beach Airport, the airline announced April 25.

The Long Island City, N.Y-based airline will launch service at Ontario on Sept. 5 after a 10-year absence with a daily “red-eye” flight to New York. Tickets go on sale starting April 26; prices start at $99 one way.

“One of the biggest questions we get is when JetBlue will come to Ontario,” Alan Wapner, president of the Ontario International Airport Authority,” said in a statement. Now we know that day is September 5. We can’t wait to welcome JetBlue, its crew members and customers.”

But JetBlue is cutting 12 of its 35 daily flights at Long Beach Airport after the Long Beach City Council last year rejected the carrier’s request for a U.S. Customs facility, essential for international flight service.

JetBlue is not stopping service to any of the destinations served from Long Beach, but the carrier is reducing the number of daily flights on seven routes, starting Sept. 5.

“These refinements in Long Beach set us up for success in greater Los Angeles, with service to four airports and plays to JetBlue’s strength as a favorite choice for transcontinental travel,” JetBlue spokesman Philip Stewart said in an email.