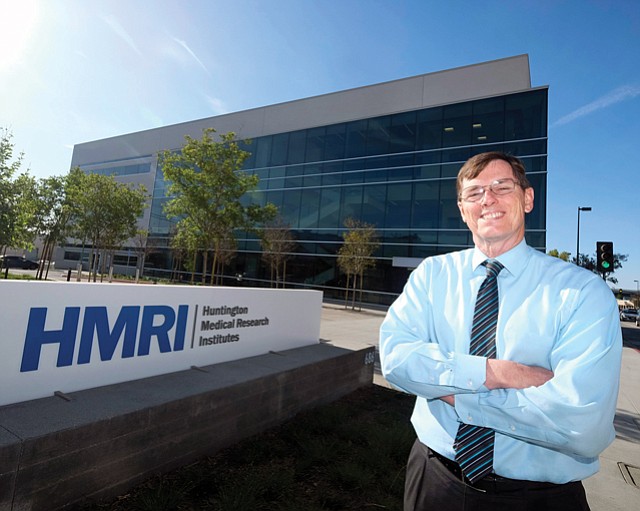 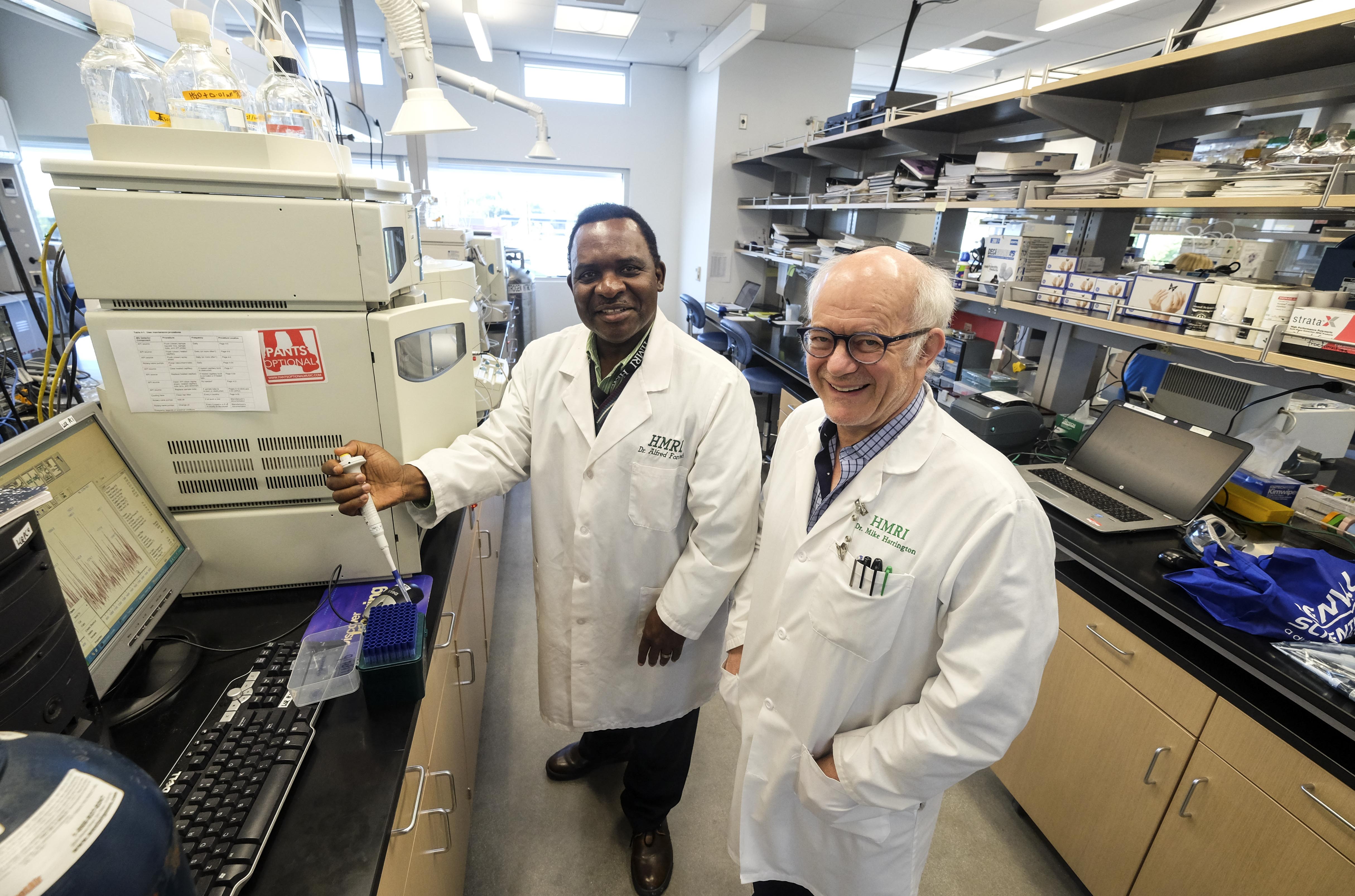 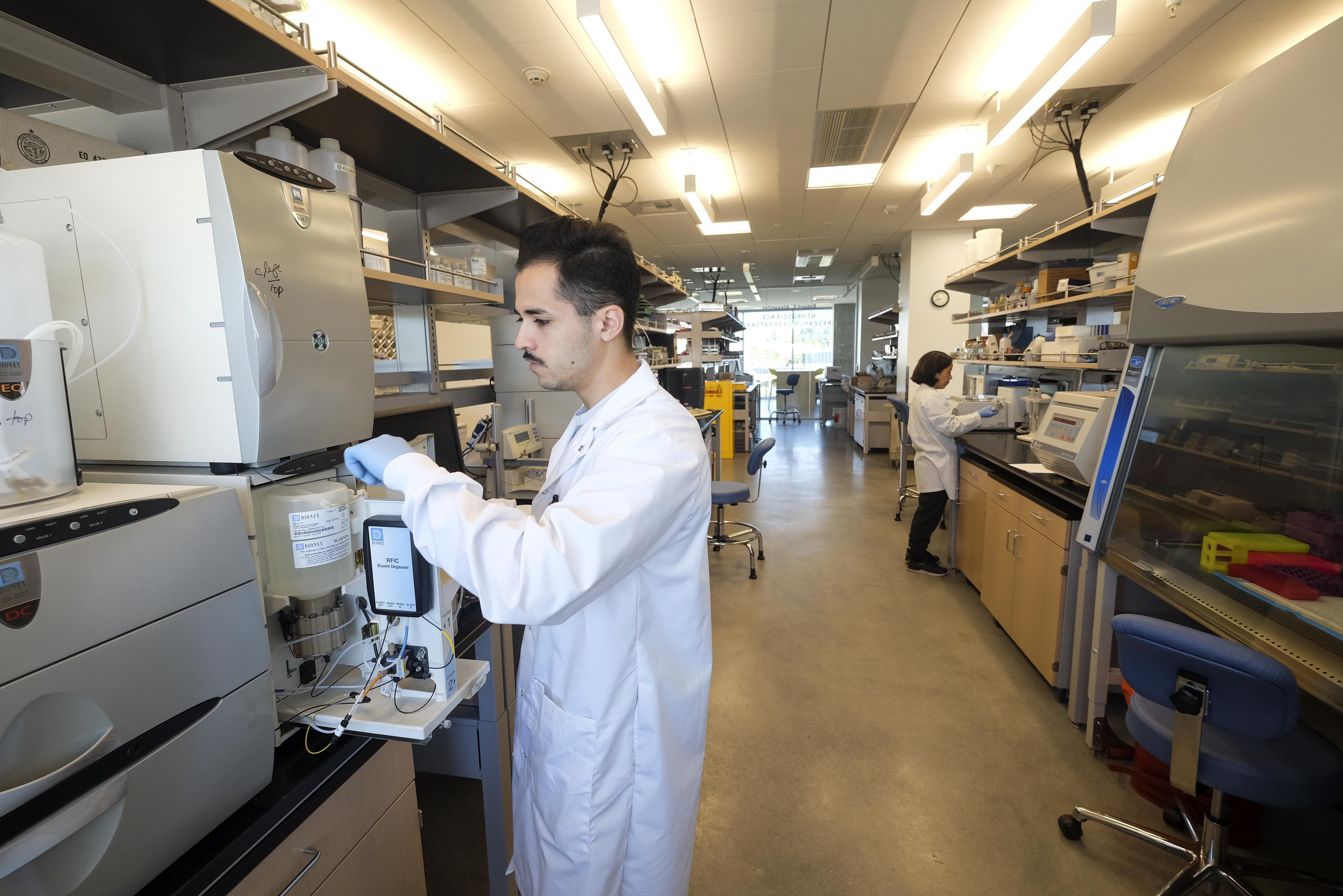 The Huntington Medical Research Institutes has opened a $31 million biomedical laboratory in Pasadena that could serve as a hub for a long-planned biomedical research corridor.

The 35,000-square-foot research center officially opened April 12, a quarter century after the city hoped to establish a zone dedicated for biotech businesses.

“This is phenomenal,” said Dr. Mike Harrington, an HMRI neuroscientist who studies brain disease. “It’s a beautiful facility that will attract creative scientists to contribute more to biomedical research.”

The three-story research center at 686 S. Fair Oaks Ave. consolidates on a 2.5-acre campus several aging HMRI science and clinical study laboratories that were scattered across the city. The facility, designed by Perkins+Will of downtown, was built to treat patients with conditions ranging from Alzheimer’s and cardiovascular disease to migraine, traumatic brain injury and sleep apnea.

“Our old facilities were cramped and in need of major repair,” said Dr. Robert Kloner, its chief science officer, said in a statement. “Our scientists will (now) be in close proximity within walking distance of each other allowing them to collaborate, share ideas, drive medical science forward.”

It’s also hoped that the bioscience center will serve as a hub for research and clinical collaboration. A Huntington Memorial Hospital outpatient services building across the street houses researchers from USC’s Keck Medicine and UCLA, and a new $77 million Shriners Hospital for Children is just to the south. To the north is the new $50 million headquarters for the Doheny Eye Institute. And Caltech is developing a $200 million neuroscience research building to the east.

The HMRI facility is an additional piece of the resurgent biotech scene in Pasadena. The growth comes more than 20 years after the City of Pasadena’s tried to foster a biotech corridor on Raymond Ave., an attempt that initially failed, according to industry insiders.

“We delivered on a promise from years ago: we’ve gone from Flintstones to Jetsons,” said Frank Davis, interim chief executive for the Huntington Medical Research Institutes, whose roots date back to 1952. “Pasadena is a good area for bioscience. I think our building will be the anchor – what we’re doing is planting the seed for what can be done.”

HMRI has been part of an array of medical research, including development of the first magnetic resonance imaging (MRI) on people, the invention of an electrical impulse used to treat epilepsy and the creation of a shunt to treat hydrocephalus on the brain.

The $7 million nonprofit HMRI, with nearly 50 scientists and staff, is now developing urine and other tests to screen for Alzheimer’s disease, treatments for migraine headaches and a mouth guard that will pinpoint electric shocks to prevent sleep apnea.

“It is remarkable how much is going on related to biomedical and biotech research and commercialization in Pasadena,” said Lawren Markle, who serves on the board for Innovate Pasadena, a support agency for local startups. “As businesses cluster together, we see a sharing of ideas and cross pollination and talent.”