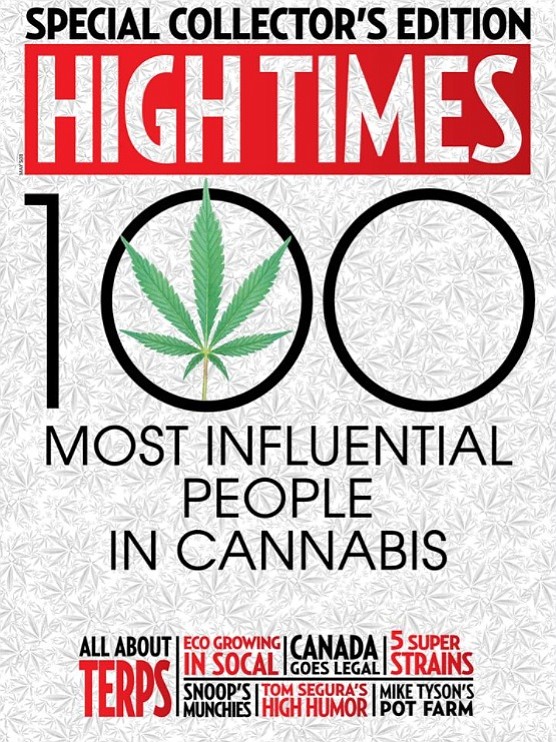 The deal would give High Times access to Green Rush’s readers and social media followers, according to the company.

“Green Rush Daily has built a large, loyal audience and is innovating coverage of Cannabis-related news, culture, business and much more,” Adam Levin, chief executive of High Times, said in a statement. “Adding Green Rush Daily to the High Times family strongly enhances our editorial coverage, online presence, audience type and advertiser reach. The deal will significantly benefit the advertisers and readers of both High Times and Green Rush Daily.”

High Times March 30 filing comes in advance of a public stock offering to raise between $5 and $50 million. The offering is being run under the so-called Regulation A securities rules that allow companies to offer equity to both accredited and unaccredited investors alike. The company said in an earlier SEC filing it would list the offering’s share price at $11 and plans to use at least a portion of the proceeds to pay off an $11.5 million convertible debt note from ExWorks Capital due in August.

The deal was executed under High Times’ subsidiary Trans-High Corp., which purchased a select portion of Green Rush’s holdings, according to High Times’ March 30 SEC filing.

“Trans-High acquired certain of Green Rush’s assets that consisted solely of its websites, intellectual property, advertiser agreements and future revenues from such agreements,” the filing said. “No employees or liabilities of Green Rush were acquired or assumed by Trans-High.”

While the purchased assets do not include employees, High Times said in its statement that Green Rush would continue to operate as an independent unit. Green Rush operates various websites and social media channels that draw millions of unique hits a month, according to the companies.

Managing Editor Henry Meier can be reached at hmeier@labusinessjournal.com or (323) 556-8321.