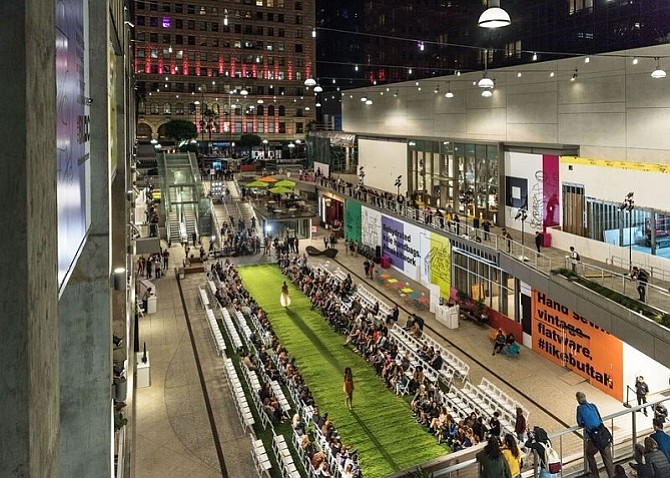 The Ratkovich Co. has sold its interest in The Bloc, the 1.8 million-square-foot mixed-use development at 700 S. Flower St. in downtown Los Angeles, to National Real Estate Advisors, one of its equity partners, for an undisclosed amount.

The companies, along with Blue Vista Capital Management, purchased The Bloc in 2013 for $241 million. But the makeover project to the aging mall as the renovation of the 1970s property ran over budget, suffered delays and announced tenants such as Davio’s Northern Italian Steakhouse pulled out.

In announcing the sale, The Ratkovich Co. struck an optimistic tone.

“The Bloc has reached a level of success where TRC is pleased and proud to place The Bloc in the good hands of our longtime partner, National,” said Wayne Ratkovich, president and chief executive office of The Ratkovich Co., in a statement.

The firm said it plans on turning its attention to different projects such as San Pedro Public Market, scheduled to begin construction next year, and The Alhambra, a 45-acre, mixed-use development in the City of Alhambra with more than 40 tenants, including USC Keck School of Medicine.

“The Bloc is now positioned to become a highly successful investment and an epicenter for DTLA’s revitalization,” said Jeff Kanne, president and CEO of National Real Estate Advisors, in a statement. “We look forward to a big year for the project as we complete the lease-up over the coming months.”