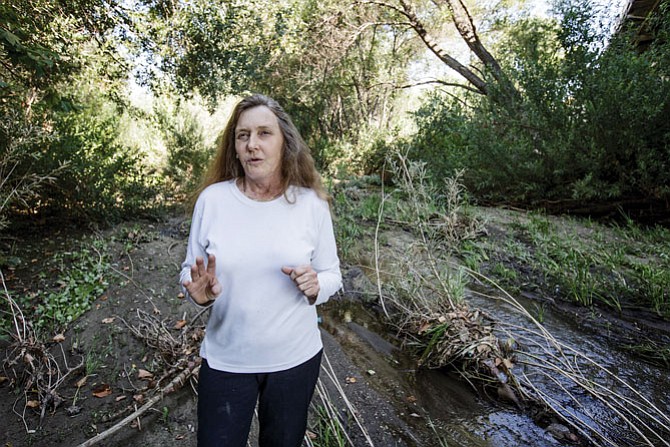 The same July day that brought the developer of the proposed Newhall Ranch project a victory with approvals for its first two subdivisions also saw lawyers for environmental groups file an opposing lawsuit aiming to nullify the decisions.

The filings marked the fifth round of litigation seeking to halt or minimize Aliso Viejo-based developer Five Point Holdings’ attempt to build a project that would ultimately include 21,500 homes and 11 million square feet of commercial space in northern Los Angeles County.

Environmentalists have succeeded so far at stalling the project for 14 years since it was first approved in 2003.

The latest legal challenge comes from groups hoping the county Superior Court will suspend the recent Board of Supervisors’ reapprovals of a revised environmental impact report for the first two phases of the master-planned project. The Landmark and Mission villages would include 5,500 homes plus a school, library and some commercial space.

The challenges also call on the court to require Five Point to redo or revise sections of the project’s 1,400-page, 6-year-old environmental document. The plaintiffs say there are new postdrought water supply conditions and other critical and significant changes that warrant re-evaluation.

“This is one of the things with a project that goes on for a long time – there have been changes,” said Lynne Plambeck, who heads up the Santa Clarita Organization for Planning the Environment. Scope is one of the two main groups that continue to challenge Newhall Ranch. “We say they should be looking at the documents again.”

Landmark and Mission villages would be built on about 2,400 acres of fallow farmland and mountain foothills along State Route 126 in an unincorporated section of the county. The sites sit across from Wolcott Way and a few miles east of the border with Ventura County.

A good landmark for orientation is the brightly colored spires and roller coasters of Six Flags Entertainment Corp.’s Magic Mountain, which peek above the mountains between the projects and the amusement park.

The lawsuit filed by Scope and Friends of the Santa Clara River as co-plaintiffs contend that the recent years-long drought that hit California, and particularly its southern half, caused the local water table in the Santa Clarita area to drop significantly. It’s down about 90 feet since 2005 due to overuse of the aquifers underlying areas near the site of the Newhall Project, according to the suit.

The groups are being represented by attorney Dean Wallraff with the nonprofit firm Advocates for the Environment in Shadow Hills, who is also representing them on two other ongoing complaints.

“We’re saying that because of the drought, the water table, the level of water underground, has gone down 80 to 90 feet – not necessarily under the project, but nearby, and that’s an indication that the underground water has been overused or overdrafted,” Wallraff said. “Essentially, the environmental impact report, or EIR, should have been revised to take a look at that so we know what’s going on.”

Five Point declined to comment for this story, citing the active litigation. But in a previous interview with the Business Journal after the county reapproved the village communities in July, Chief Executive Emile Haddad said that the original vision for Newhall Ranch – approved by county supervisors in 1998 – involved the use of water from the State Water Project.

That was challenged, Haddad noted, adding that Five Point revised the plan to provide the project with the agriculture water it had been using for crops that would be replaced by the villages. The developer also could use water it has been storing in Kern County as well as treated recycled water it could use from a plant it intends to build on the site, he said.

According to the 2015 Santa Clarita Valley Urban Water Management Plan – as well as a 2012 agreement between FivePoint-owned Newhall Land & Farming Co. and Valencia Water Co., which provides water to the area where the project would be built – the full Newhall Ranch development would require just over 7,000 acre-feet a year of groundwater. That’s the amount that had been committed for crops on the land. One acre-foot equals about 326,000 gallons.

The average customer of the water district in the master-planned city of Irvine uses about 26,000 gallons of water a year based on data as recent as July. The comparison indicates the 7,000 acre-feet of water available for Newhall Ranch could be enough for about 85,000 customers based on that average.

That 85,000 is more than three times the number of residential units planned for Newhall Ranch upon completion of all phases; the project also calls for as much as 11 million square feet of commercial space.

The total from all Newhall Ranch’s sources is about 12,600 acre-feet, according to the water management plan, excluding the recycled water that would deliver nondrinking water.

“The concern is we have insufficient water for residents and then you are building another 21,500 homes,” Plambeck said.

During the supervisors’ public hearing, most approved the first two phases of the project, including Kathryn Barger, who represents most of the northern county.

But Third District Supervisor Sheila Kuehl, a member of the South Coast Air Quality Management District, abstained from voting, which equals a “no” vote. She cited concerns about limited open space as well as farming land, air quality and water supply.

“I think the water issue is questionable,” she said. “It looks like the contracts are good but I’m not sure. You know that’s been a major concern over the last decades about this plan.”

The project has garnered the support of myriad business groups; the development will generate an estimated $22 billion benefit from construction and an estimated $5.4 billion in annual economic benefits and nearly 90,000 jobs, according to Five Point.

The group’s lawsuit contends that the environmental impact report’s latest review also failed to consider the impact of an expanded Chiquita Canyon Landfill on a school planned for Newhall Ranch, the groups’ lawsuit says.

The landfill sits across the 126 freeway from the proposed Landmark Village site and should have closed as it had approached tonnage caps last year set by its initial permit before the landfill obtained a temporary waiver.

County supervisors agreed in June to extend the landfill’s permit by 30 years and double the tonnage limit.

But Scope and the Friends of the Santa Clara River say the EIR should have considered possible impacts.

“The continued operation of the Chiquita Canyon Landfill casts substantial doubt on Newhall’s plan to build a school within 100 to 500 feet of the landfill site, due to the serious air pollution emanating from the landfill,” the complaint says. “The Landmark Recirculated Analysis should have considered whether the school will need to be moved, and what effects that will have on the overall project and its environmental impacts.”

The next step will be assembling an administrative record and setting a trial or hearing date, which will take two to three months, according to attorney Wallraff.

“There are two reasons for doing a subsequent EIR,” he said. “One is changed circumstances, and the other is new information, and both have to be significant. I think the water supply issues are those things.”