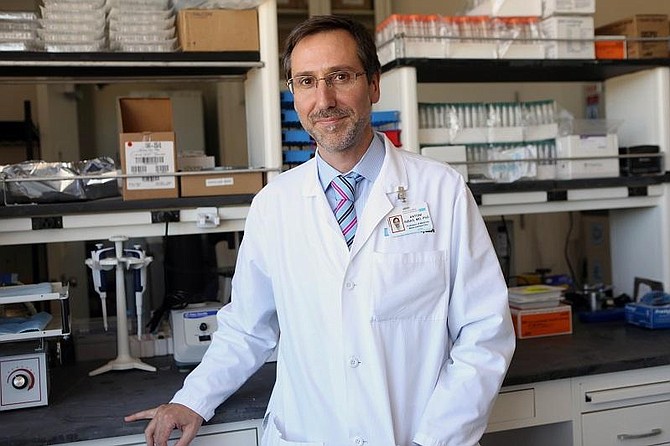 The trial, approved by the U.S. Food and Drug Administration last month, is the first to genetically engineer blood-forming stem cells to produce cancer-fighting white blood cells – called T cells – and will treat people with metastasized tumors associated with melanoma and sarcoma cancers. Such tumors have few treatment options because of resistance to current therapies, UCLA researchers said.

“This clinical trial will allow us to try a new approach that engineers the body’s immune system to fight metastasized tumors similar to how it fights germs and viruses,” Dr. Antoni Ribas, director of the clinical trial and a professor at the UCLA David Geffen School of Medicine and a member of the UCLA Broad Stem Cell Research Center, said in a statement.

UCLA has profited greatly from such scientific studies. Last year, it sold its 44-percent share of the royalty interest for Xtandi, a leading prostate cancer drug developed by campus researchers, to Royalty Pharma for roughly $520 million.

The current drug trial was supported by a $20 million grant from the California Institute for Regenerative Medicine issued in 2012.

The public institute, based in Oakland, was launched by California’s Stem Cell Agency as a result of Proposition 71 approved by voters in 2004. Of its $3 billion in dedicated funds, some $500 million is left to support stem cell research and cures across the state.

This post has been updated to clarify the method used in the new UCLA clinical trial.