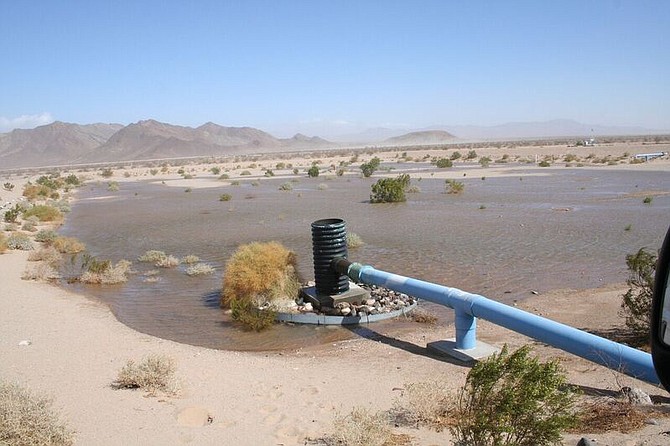 Shares of downtown water company Cadiz Inc. soared 31 percent Tuesday on a double dose of good news: a bill aimed at stopping its desert water project failed to clear a Senate committee late Friday, and a federal agency signaled it may allow the proposal to move forward.

The bill, AB 1000, by Assemblywoman Laura Friedman, D-Glendale, specifically targeted the Cadiz water pumping and transfer project, requiring an additional state agency approval before the project could go forward. It was viewed as a last-ditch attempt by project opponents to block it.

But the bill failed to clear the Senate Appropriations Committee by Friday’s legislative deadline.

“Designed to block the Cadiz water project, AB 1000 would have set a dangerous precedent undercutting the California Environmental Quality Act – the strictest environmental protection law in the nation; usurped local control; and threatened jobs, water and economic growth for Southern California,” the company said in a statement posted on its website late Friday.

Also on Friday, the U.S. Department of the Interior issued an opinion that appeared to lay the groundwork for reversing an October 2015 ruling by the California office of the Bureau of Land Management that the project’s pipeline would need a full environmental review. Cadiz had contended that because the pipeline lay within the right-of-way leased out by a railroad and “furthers the use of the railroad,” it should be eligible for expedited approval. The new department opinion states that railroad owners have broad discretion on leasing their rights-of-way out to third parties.

A BLM determination on whether the Cadiz pipeline meets this test is still pending.

Cadiz has been trying for a quarter century to get approvals to store, pump and transfer water from an aquifer beneath its 45,000-acre holdings in the Cadiz Valley east of the Twentynine Palms Marine Corps Air Ground Combat Center in the Mojave Desert. The water would be conveyed via a new pipeline to the Colorado River Aqueduct and then sold to six participating California water agencies.