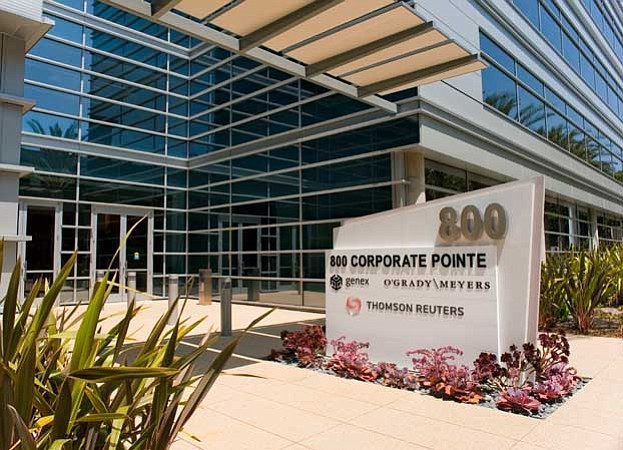 “We have 1.2 million square feet (of positive net absorption), and that’s a pretty robust number overall compared to the second quarter,” said Henry Gjestrum, senior analyst for Chicago-based Jones Lang LaSalle, which provided the third-quarter office market statistics. “It’s a big jump from 621,624 (absorbed in the second quarter). Space is being removed from the market. People are moving in, and that’s definitely a good indicator.”

The downtown Los Angeles, Westside and South Bay office markets all experienced an increase in net absorption in the third quarter, with the Westside being the stand-out market thanks to the increasing demand for space among companies that produce creative media content for the internet, television, gaming and movies.

“Content generation is a word we use a lot, and that’s underpinning the creative sector in Los Angeles,” Gjestrum said.

A major trend on the Westside is a tightening of the various submarkets surrounding the Santa Monica submarket, as creative tenant space seekers look for less costly options, industry watchers said.

“I think the biggest thing West L.A. continues to see is a tightening of the various markets,” said Robert Hooks, an executive director at Cushman & Wakefield specializing in the Westside. “Certain submarkets in the past have lagged behind the stronger markets like Santa Monica, but Century City, Culver City and Playa Vista have gotten tight.”

The average monthly rent for Class A office space in the county increased to $3.64 per square foot, up from $3.62 in the second quarter and $3.43 during the third quarter last year.

Class A office rents in the Wilshire Corridor market rose by 34 cents, in the third quarter from the same time last year, despite having the highest vacancy rate in the county at 21 percent.

The Class A rents found in the Miracle Mile submarket of the Wilshire Corridor were among the highest in the county at $4.09 in the third quarter, nearly $1.71 higher than the average price of the other two Wilshire submarkets in the overall market cluster.

More creative and media tenants rent in Miracle Mile, while more financial industry tenants occupy space toward the eastern part of the Wilshire Corridor, a stretch known as the Wilshire Center, experts said.

Experts said the lack of newer buildings, amenities or opportunities for creative space redesign may be keeping some prospective office tenants away from the corridor.

“People still want to be in a downtown location or they want to be in the coastal areas, and it’s because the Class A office space in Wilshire doesn’t have the same type of amenities and quality as the Class A you would find in downtown or the Westside,” said Johnny Choi, senior associate for the downtown-based brokerage CBRE.

Rental rates in the South Bay office market were highest in the El Segundo submarket, where prospective tech and creative tenants may find more value over the more expensive rents in Playa Vista and Santa Monica, both part of the Westside market to the north, industry watchers said.

El Segundo rates rose to $3.31 a square foot per month, from $3 the same time last year.

“El Segundo has a favorable business climate,” said Steven Kolsky, an executive vice president and managing director at New York-based Newmark Knight Frank. “You have a lot of aerospace buildings that have been vacated and are perfect for creative-office conversions.”

The Burbank submarket showed the most activity in the Tri-Cities Market – which also includes Pasadena and Glendale –with 108,901 square feet of positive net absorption in the third quarter, according to JLL’s data.

“Burbank continues to attract, retain and expand the entertainment and media-related tenants,” said Natalie Bazarevitsch, a senior vice president at CBRE. “Burbank still has a residential base and service industries, but it’s always known as a media Mecca.”