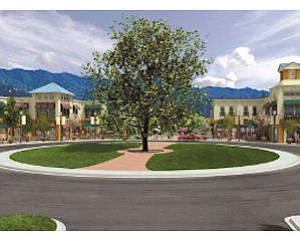 The organization Consumer Watchdog has issued a statement asking whether Gov. Jerry Brown should sign a bill that would benefit the Newhall Ranch project in Santa Clarita since Brown’s sister sits on the development company’s board.

The legislation in question is Senate Bill 634, which would consolidate several water districts in the Santa Clarita Valley. According to Consumer Watchdog, the bill would ensure that Five Point Holdings’ Newhall Ranch project would have “plentiful access to water in a thirsty desert.”

"It's outrageous that the governor would consider signing legislation that benefits just one company, let alone one where his sister sits on the board," the Santa Monica-based organization’s consumer advocate, Liza Tucker, said in a statement.

Kathleen Brown, the governor’s sister, is a partner at the law firm Manatt Phelps & Phillips. In addition to Five Point, she also sits on the board of Sempra Energy, parent of Southern California Gas Co., which owns the Aliso Canyon gas storage facility that had a catastrophic leak starting in late 2015.

“Her presence on various boards, including Sempra Energy which is pushing for Southern California ratepayers to finance a giant natural gas pipeline to export liquid natural gas abroad, raises questions about whether the public's business is really about the business of corporations at public expense,” Tucker said in a statement.

Newhall Ranch would create a total of 21,500 residential units and 11.5 million square feet of commercial and industrial space in Santa Clarita. L.A. County has approved the first two phases of the development, with about 5,500 housing units.

Five Point did not respond to a request for comment.