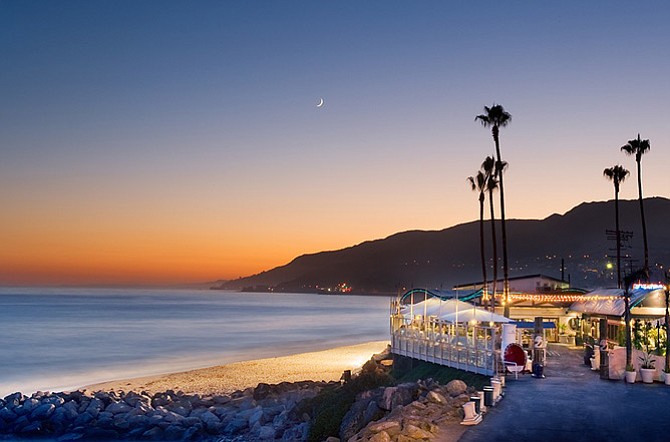 The local restaurant trade very much reflected industry trends last week as two chains were snapped up – one changing hands in a deal between private equity firms and the other going to a strategic buyer.

Culver City-based CB Franchise Systems, which owns The Counter and Built burger chains, agreed to be acquired for an undisclosed price by franchisor MTY Food Group Inc. of Montreal.

“The growth right now in the restaurant business isn’t in large chains,” said Henkes. “It’s in regional players with an established presence. There’s a lot of headroom for growth and they’re still very under penetrated relative to the big chains.”

Mendocino Farms, which specializes in sandwiches and salads, was No. 53 on the Business Journal’s Fastest Growing Private Companies list this year with 86 percent revenue growth between 2014 and 2016. The company employs almost 900 and its 16 locations generated $42.6 million in revenue last year.

The 44 restaurants operating under the Built or the Counter brands collectively generated more than $81 million in sales over the past 12 months, MTY said in the sale announcement last week.

Institutional investors have taken an interest in restaurants in recent years, Henkes said.

“They’re looking for a haven that generates cash and is a relatively safe investment,” he said.

TPG’s Growth fund has $8.4 billion invested in companies including San Francisco’s Philz Coffee and a large franchisor of Papa John’s Pizza, according to its website. But the majority of the private equity firm’s portfolio is in other industries, including tech, industrials and media.

MTY, on the other hand, specializes in restaurant franchising. The $1 billion company acquired another franchisor last year, Kahala Brands, which gave it 57 total brands. That transaction added frozen yogurt seller Pinkberry, another chain that originated in Los Angeles, to its portfolio.

MTY plans to move the corporate offices of The Counter and Built to Scottsdale, Ariz., where its Kahala subsidiary is based.

Lovers of Gladstone’s restaurant on Pacific Coast Highway in Pacific Palisades probably still have another couple years to enjoy the seafood spot.

Some worried that the restaurant, opened in 1972, would close after the operator’s latest concessions agreement with the county ended last month.

Los Angeles County Supervisor Sheila Kuehl, who represents area, has said that the building is deteriorating and needs to be renovated.

But the Board of Supervisors approved last week a motion introduced by Kuehl which asked the Department of Beaches and Harbors to negotiate a 2-to-5-year agreement with current operator Sea View Restaurants Inc. to keep the restaurant open while it finds a new long-term concessionaire to operate the redeveloped site.

Kuehl noted in her motion that it would probably take a few years to negotiate a new lease and get all the necessary entitlement and permits for the redevelopment.

“In the interim, it is in the county’s best interest for a restaurant to remain in operation at this site rather than allowing the property to become vacant and, thereby, susceptible to vagrancy, graffiti, deterioration and blight,” the motion said.

Because a new operator would have to spend money getting the restaurant up to date with regulations, it made the most sense to keep Sea View as the operator, said Michael Rodriguez, Chief Property Manager for the Department of Beaches and Harbors.

Sea View Restaurants Inc., a subsidiary of Pacific Palisades’ California Beach Restaurants Inc., saw gross receipts decline to about $7.8 million for fiscal 2015-2016 from $9.4 million in 2012-2013, according to the county’s request for proposals.