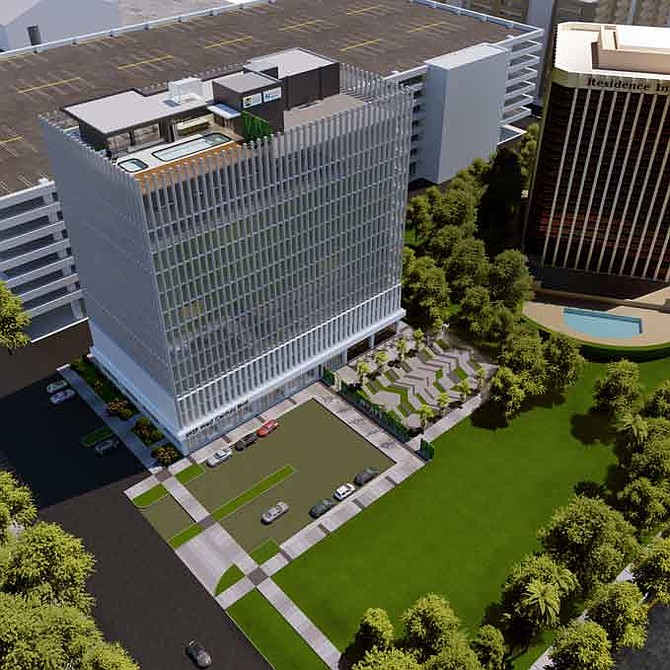 A 13-story office tower near Los Angeles International Airport will be converted into a 129-room Hyatt House and a 272-room Hyatt Place Hotel, according to an announcement from investment banking firm George Smith Partners.

George Smith Partners, based in Century City, arranged $50 million in construction financing for the conversion project on behalf of the owner, 5959 LLC. The conversion of the 258,000-square-foot building, at 5959 Century Blvd., into a dual-branded hotel is planned for some time in 2019.

Redeveloped as a Hyatt House and Hyatt Place, the hotel will feature a mid-century inspired urban design and rooms with 11.5-foot ceiling heights, according to an announcement. Amenities will include a rooftop bar, pool and restaurant, a variety of other dining options and a fitness center.

The building was acquired a year and a half ago from Downtown-based L&R Group of Cos. Terms of the deal were not disclosed.