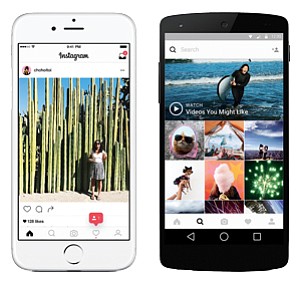 Over the last six months, Facebook Inc. has relentlessly cloned and spread features associated with Snap Inc.’s Snapchat app across its empire of social media platforms. The effort, which appears to be aimed at snatching up users that have not been introduced to Snapchat, has led some to suggest that Facebook’s dominance in the social media industry might amount to an antitrust violation.

“This area is very unsettled, so it would be hard to predict the outcome,” said Jake Kramer, a Washington, D.C.-based partner at Bryan Cave, who works in the firm’s antitrust and competition group. “It would be a risky lawsuit against a well-funded and sophisticated opponent.”

Snap is in Facebook’s cross hairs as it has engendered enormous popularity with younger teenage users, who make up the bulk of the app’s 158 million daily active users.

“(Snapchat) did an incredible job of saturating the high school (demographic),” said Mike Jones, chief executive of tech incubator Science Inc. “They effectively stopped the high school demo from signing up for Facebook.”

In response, Facebook has fought back by aggressively copying Snapchat’s features in recent months – a tactic that appears to have stunted Snapchat’s user growth. Perhaps the most obvious example is Instagram’s Stories, a photo and video slideshow feature that’s a clone of Snapchat’s earlier offering of the same name.

Instagram Stories launched in August, and after having boasted daily active user growth of about 13 percent on average each quarter for 10 quarters in a row, Snapchat’s user growth in the fourth quarter of last year was a meager 3.2 percent.

“As we’ve see in the last six to nine months, Instagram has copied some of the features of Snapchat and that has resulted in a faster growth of Instagram users than Snapchat users,” said Ali Mogharabi, an analyst at Chicago’s Morningstar. “Instagram may become a substitute product for Snapchat, and that will make it even more difficult for Snapchat to drive user growth.”

It’s a struggle that has placed a cloud over Snap’s future.

“I do believe that Facebook is (playing) a winner-take-all game,” said Jones, noting that he experienced Facebook’s ultracompetitive tactics firsthand while serving as chief executive of Myspace between 2009 and 2011. “Competing with Facebook was brutal.”

“There are certain built-in advantages of being big and you are allowed to have those,” said Joe Kennedy, a senior fellow with the Information Technology and Innovation Foundation of Washington, D.C., noting the typically larger stores of cash and customer data enjoyed by incumbents. “Unless it’s protected by intellectual property laws, Facebook is allowed to copy what Snapchat is doing, and it is allowed to anticipate what Snapchat is doing in the future and beat them to the punch.”

While a better-funded incumbent’s ability to learn and profit from the innovations of its younger rivals might seem unfair, Kennedy said it doesn’t violate antitrust law.

“If Facebook is slowly innovating within, in order to offer a better product than its competitor, that’s not only OK, that’s exactly what (regulators) want them to do,” he said.

Facebook’s success on the innovation front helped the company grow its monthly active users to 1.86 billion in the fourth quarter of last year – an eye-popping statistic that is hugely appealing to advertisers.

EMarketer estimated in July that the company would bring in roughly 68 percent of the global social media ad spend in 2016, a number some of Facebook’s detractors and competitors consider too high.

Facebook’s dominance has caught the eye of European Union and German regulators, which are conducting antitrust investigations into the company. But the E.U. and Germany have a different standard for antitrust regulation, focusing more on leveling the playing field among corporations than providing the best results for consumers, said Kennedy.

“You have to look at all sides of the market to see if, on the whole, people are hurt,” he said of American law. “A company might take action that hurts advertisers, but if on the whole it helps consumers, then it’s OK.”

Short of anticompetitive actions, such as selling advertisements below cost or refusing to do business with companies that advertise on Snap, Facebook isn’t likely to be vulnerable to antitrust action, he said.

When it comes to intellectual property, many of the features in question, including Stories, could be hard to protect in court.

“From a copyright point of view, the disappearing story seems to be an idea and that is not a copyrightable matter,” said Mark Grady, a professor at UCLA’s School of Law, who noted ideas and concepts are generally not protected by the patent system. “If the pencil eraser can’t be patentable, why should this?”

Part of Snap’s strategy to take on Facebook is to stay ahead by adding to its user base through exclusive content deals.

The company inked a multiyear deal with NBCUniversal in August, with the studio set to produce Snapchat shows tied to TV franchises such as “The Voice,” “E! News,” “The Tonight Show Starring Jimmy Fallon,” and “Saturday Night Live.” NBCUniversal invested $500 million in Snap’s IPO last month.

Another way Snap could attempt to drum up users is by revamping the app’s interface, which is notoriously difficult to navigate. While that might sound like a negative characteristic, Jones said the tricky interface has served to reassure teens that their parents wouldn’t try to start using Snapchat, too. But those days could be coming to an end.

“Snapchat has increasingly been making the product easier to use,” Jones said. “I believe it will expand beyond young people.”