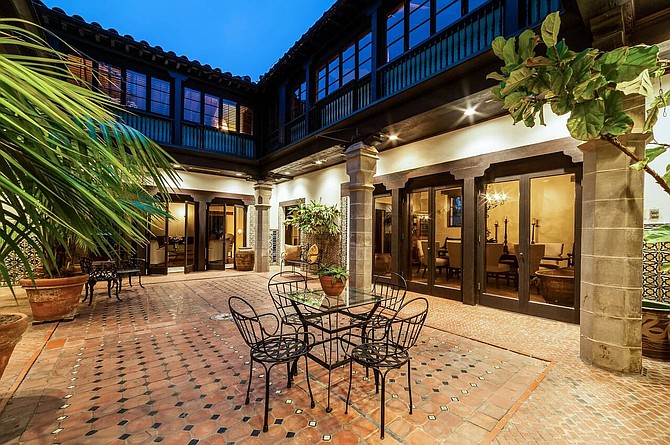 The Bradbury Home at 102 Ocean Way in Pacific Palisades.

The iconic Bradbury House at 102 Ocean Way in Pacific Palisades has sold for $12 million to a local woman who intends to make it her primary residence, according to John Aaroe Group, which represented the seller.

Kelly deLaat and Rachelle Rosten, who work in the master trust and probate division of Beverly Hills-based Aaroe Group, represented the trust selling the property. The buyer’s name is Monica Salinas, according to deLaat.

The 14-room Spanish Colonial Revival mansion was built in 1923 for Lewis L. Bradbury, Jr., the wealthy son of Lewis L. Bradbury, the Los Angeles real estate developer and mine owner who commissioned the Bradbury Building in downtown. Hollywood starlet and 1920s actress Marion Davies is among those who have resided in the mansion.

The property hit the market on June 13.