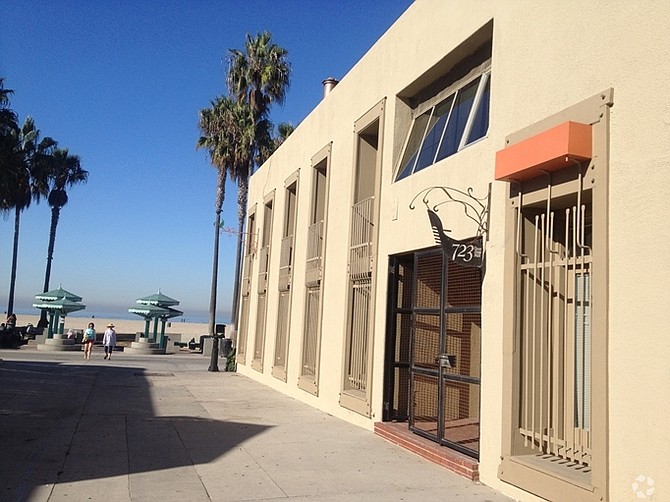 The site of one of Snapchat parent company Snap Inc.’s new offices in Venice is on the market for $20 million, or a sky-high $2,877 a square foot, just as the tech upstart prepares to go public.

The building, at 723 Ocean Front Walk across from the beach, last sold in 2004 for $2.1 million, or $306 a square foot, to the partners of Schonbrun Seplow Harris & Hoffman, a law firm that has offices on site.

Snap recently signed a five-year lease for the building’s 6,952 square feet set to begin next month.

Alicia Shepherd at Marcus & Millichap holds the listing and said the opportunity to own waterfront real estate leased to a major tech company validates the high per-square-foot price.

“If anything on Ocean Front Walk is going to fetch an astronomical asking price, this would be it,” she said. “This is the first piece we’re seeing with a sold tech lease go to the market.”

Shepherd said she expects institutional buyers and foreign investors to take interest in the property and that it will go into escrow in one or two months.

Snap is expected to publicly file for an initial public offering this week, setting it up for a March offering. The company has been valued at around $25 billion.

Snap is projected to generate $367 million in advertising revenue this year and nearly $1 billion in 2017, according to a report by eMarketer. In September, it was reported that Snap had 150 million daily active users; the company said in March that about 23 percent of its monthly active users fell between the ages of 13 and 18.