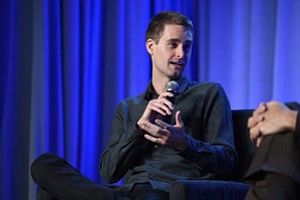 As Snap Inc. moves closer to an expected initial public offering this spring, the Venice photo-sharing company is going through a rite of passage: defending itself against a slew of legal actions.

Lawsuits filed in the last sixth months include an array of complaints targeting the company behind the popular Snapchat app, including claims that parts of the tech unicorn’s underlying product infringe on patent holders’ intellectual property as well as allegations from a former executive that the company inflated user-growth statistics.

While the claims have to be taken seriously by Snap, they are in some ways not surprising. Becoming a target of increased legal action in the run-up to an IPO is all too common, particularly for companies, such as Snap, that are expected to be worth many billions of dollars.

“An initial public offering is like putting a bull’s-eye on your back,” said Lloyd Greif, chief executive of downtown investment bank Greif & Co. “You can call it legal extortion or you can call it justified claims, but these cases – especially litigation that attacks Snapchat’s intellectual property – are designed to unnerve investors.”

Snap executives, including co-founder and Chief Executive Evan Spiegel, will have to decide whether they want to fight the suits or settle out of court in order to have a clean slate going into the home stretch of their pre-IPO roadshow.

While the first instinct of many startup founders is to litigate, that’s not always the right move, according to David Andersen, a partner at Santa Monica law firm Bryan Cave who works with early stage companies.

“Unfortunately, principles are expensive,” he said. “Everyone wants to stand up for their principles, but our legal system doesn’t reward that. Often it’s not the right thing to do.”

In at least one case, Snap appears to have exercised some caution. The firm reportedly settled a lawsuit confidentially last month that alleged Snapchat’s Discover platform exposed minors to explicit content. The suit, filed in July by Mark Geragos of downtown’s Geragos & Geragos, claimed the company was liable for the content posted by affiliates and that it did not do enough to enable parental controls that would filter potentially objectionable content. Snap also made changes to its Discover content guidelines last week, restricting content posted by partners that proves to be misleading and explicit.

That doesn’t mean Snap is rolling over for everyone with a bone to pick.

After being sued this month by a former executive claiming the firm had gamed its user-growth numbers, Snap issued a terse response calling the suit a fiction “made up by a disgruntled former employee.” It also issued a quick response in court with a motion to move the case to arbitration.

While there’s no sign that these – or any of the other half-dozen lawsuits filed in the last six months against the firm – will derail Snap’s IPO, legal action can have a chilling effect on plans to go public.

Just ask Honest Co., another big name in the L.A. startup scene that had a billion-dollar valuation and was reportedly looking to file an IPO early last year. The environmentally conscious consumer products company – headed by Chief Executive Brian Lee and co-founded by Jessica Alba – has yet to move on those plans. While Honest has not commented on the reason for the delay, lawsuits surfaced claiming its goods contained potentially harmful chemicals.

“The foundation of the company’s business – that its products are eco-friendly – was undermined by the lawsuit and the adverse publicity surrounding it,” said Greif.

The company was also rumored to be on the auction block this fall with interest from Unilever, though the London-based conglomerate went on to purchase rival Seventh Generation Inc. for a reported $700 million in September.

Litigation that completely disrupts an IPO is rare, however, and it usually takes a case that strikes to the core of a company’s business model, according to Bryan Cave’s Andersen.

“It really takes a pretty dramatic event for litigation to derail an IPO,” he said. “People understand the game and they know most lawsuits are part of the cost of doing business.”

Any company going public must also consider the potential legal burden presented by quarterly earnings reports, he added. If an offering is soft or earnings dip, shareholder lawsuits can be expensive and contribute to a tepid market reception.

“The question about whether you own your IP is important, but what’s often more pernicious is the long-term drag of litigation,” Andersen said.

Greif added that being sued in the lead-up to an initial public offering is almost a badge of honor akin to ringing the bell at a stock exchange on the first day of listing.

One of Greif’s former clients, local apparel company LA Gear – now owned by Bel Air’s ACI International – was sued for trademark infringement in advance of its IPO in 1986. Its founder, Robert Greenberg, who also founded Manhattan Beach’s Skechers USA Inc. and remains that company’s chairman and chief executive, fought the suit and won. But there was trepidation over having to send litigation disclosures to investors who received prospectus packets.

Now it appears Snap is in a similar position.

“There’s a calculus to be made about whether they want to fight these or sweep them under the rug and make them go away,” Greif said. “I guess we’ll learn something about Spiegel’s appetite for risk.”