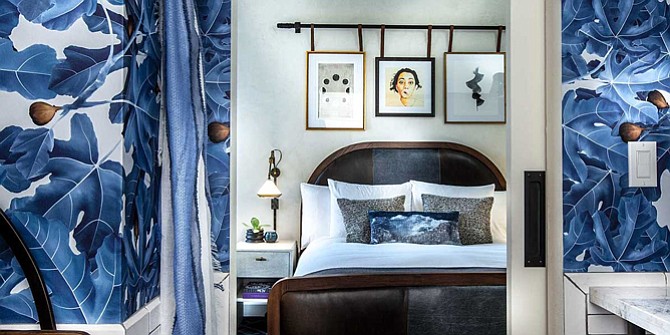 The historic Hotel Figueroa’s doors are anticipated to open for business in coming months, thanks to a renovation that will be fancier – and pricier – than originally expected.

Owners of the hotel – New York-based real estate investment management firm GreenOak Real Estate and Urban Lifestyle Hotels in Beverly Hills – are about two years overdue in what was supposed to be a one-year upgrade, according to reports of the owners’ timeline when the project broke ground in November 2015.

The renovation of the 1925 structure ballooned into a major overhaul with custom upgrades that were timely and expensive, according to the project’s general contractor, Shangri-LA Construction in downtown.

The vision for the property changed significantly once work began, said Joe Martino, Shangri-LA’s chief operating officer, sending the project over the preliminary budget by about $16 million and costing time by adding fancy amenities, such as a custom-built pizza oven.

The overall shift required 31 city permit changes, and the cost swelled to more than $60 million in construction materials and labor, according to Martino, approaching the $65 million that the owners paid for the 268-room hotel in 2014, according to sales price data from CoStar Group Inc.

“They thought they were just going to dust the property off, put in some pink carpet and do some upgrades,” said Martino. “They learned very quickly that the market in L.A. needed a Hotel Figueroa grander than some pink carpet. They chose to keep going and adding.”

The property, which consists of three 13-level buildings across the street from L.A. Live, will have a restaurant and two bars, plus two other options for food and drink at the pool. Bar renovations alone cost $3 million, according to Martino.

Martino cited increased costs due to upgrades such as covering walls and ceilings with Venetian plaster – a polished, decorative finish that is more labor intensive and expensive than paint to apply and resembles marble or granite.

The renovation comes as downtown continues to boost its profile as a cultural destination with recent additions such as the Broad Museum drawing crowds along the longer-established L.A. Live and other destinations.

Downtown’s ongoing development has been matched by gains in the overall hotel market of Los Angeles County, where occupancy and daily room rates have been on the rise for several years. Occupancy rose to 81.3 percent in 2016, while the average room rate increased almost $25 per night to $171.95, according to data from the Los Angeles Tourism & Convention Board.

The board hasn’t released data for 2017, but said it expects occupancy to dip slightly as more hotels open.

Hotel Figueroa is part of a trend that has seen a wave of renovations as well some makeovers of historic office buildings into boutique establishments.

GreenOak and Urban Lifestyle Group took out an almost $50 million loan to buy the property, according to Reay and CoStar. He said loans of that size usually carry an annual interest rate of 5 percent, which would be $2.64 million a year. Add on loan payments and other loan-related costs with no revenue generated while the hotel is under construction, he added, and it could be burdensome.

“To be over a year delayed is a big delay,” said Reay. 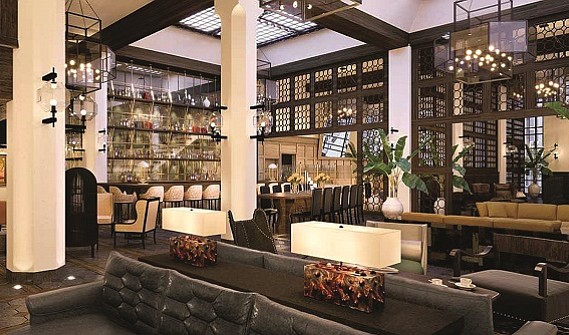 Rendering of main restaurant, which will be complemented by two inside bars, poolside options for food and drink. 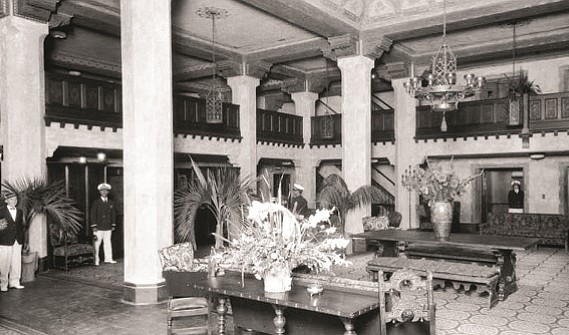 History: Hotel opened in 1925 amid an earlier growth spurt downtown.