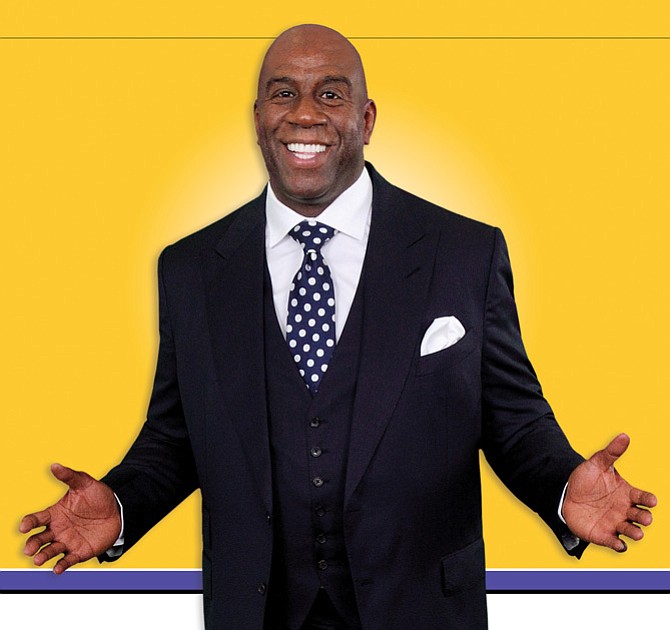 How has Los Angeles changed as a sports town since you arrived here in 1979?

We as fans are really blessed and should be happy. It was really a Dodger town and a USC football town and a UCLA basketball town. One, two, three. And then what happened, my first year we won, and then it started to become a Dodger-Laker town, along with USC football and UCLA basketball. But now, if you’re a sports fan, you love it. We go from no football teams to now having two. We go from no soccer teams [back in 1979] to two – the Galaxy is the most successful team in terms of championships, more than any other [men’s professional U.S. soccer] team. So not only do we have soccer teams, but we have a championship soccer team. We’ll have two brand new stadiums as well, and things are really moving and looking up for Los Angeles as a sports town because [of] the stadiums.

How do the new stadiums benefit residents of Los Angeles?

How did you transition from athlete to businessman?

I always wanted to be a businessman, and my mentor became Dr. Jerry Buss. Without him I wouldn’t be where I am today. He took me up under his wing and [treated] me like I was his own son and [made] sure that I shared my dreams of being a businessman. He made sure to help me and mentor me along the way so that I could reach my goals and dreams. Right now, Peter Guber and I, we’ve owned over five companies together. Starting off with Magic Johnson Theatres – he was running Sony at the time – and now we own five different businesses together. Michael Ovitz, who I have to give a lot of credit to … really changed my mindset and got me really focused on business. He took me through his network and people in his rolodex and said, ‘Okay, come on and meet so and so.’ He used to take me all around to the power lunches and breakfasts of Los Angeles.

Did becoming an owner change your perspective on the sports business?

When you pay over $2 billion for the Dodgers it changes really quickly. You start to understand the economics of sports. You understand everything from the sponsors, parking, concessions; we have a complex in Arizona, a minor league team in Oklahoma City, radio deal, TV deal. When you look, there’s so many revenue streams that you never thought about [as a player or fan]. Before, I was just coming to a Dodgers game. Give me a hotdog, give me a Coke Zero. Now you come as an owner and you go ‘Wow!’ It opens your eyes. The amount of people it takes to run the Dodgers alone – both the in-game experience and up in the office – is really amazing.

When you were a player did you feel exploited or that owners were just making money off your labor?

You’re always going to have that. But once Dr. Buss sat me down and opened the books up to me, and then I could see I was wrong. In the beginning you say, ‘Man, that must be easy,’ but then it’s really not. You have to manage everything.

What sort of challenge has it been to take on the front-office role of president of basketball operations for the Lakers?

Getting to this level, where I am today, that was harder. Business, when I first started, was hard because you knew pick-and-roll, you knew free throws, you knew how to throw a no-look pass, but EBITDA and this and that. Oh my God. It’s a steep learning curve. But taking over the Lakers as president? I was built for this. Before I was chasing deals and also trying to dispel the myth of dumb jock, and I had to prove myself. I would say the first 15 years was just proving myself and [demonstrating] that I really knew what I was doing and that I wasn’t just riding my name.