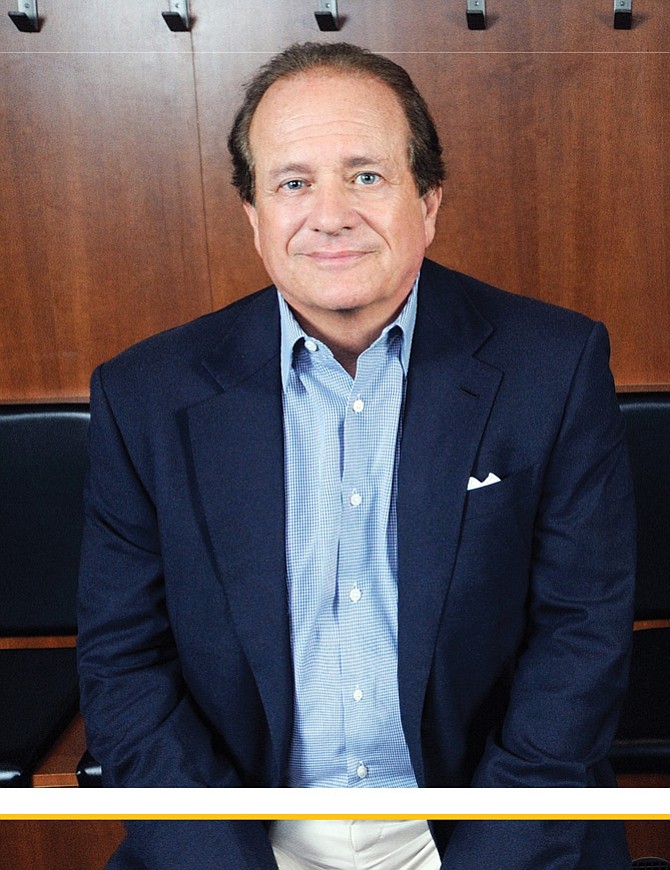 Dean Spanos, controlling owner and chairman of the board of the Los Angeles Chargers Photo by Thomas Wasper

Los Angeles is one of the most vibrant sports markets in America. It’s exciting, fiercely competitive. And it’s got a lot of challenges. You need to have tremendous success on the field to excite the fans to come out and support you. I don’t think that’s anything new.

How will you measure success in this market?

There are several different factors. I believe we’re going to play in one of the greatest – if not the greatest – venue for the NFL in the United States, period. And we’re excited to be a part of that. We only moved 100 miles, but moving an entire business 100 miles can be overwhelming. We’re here; I think we’ve accomplished a lot in seven or eight months. This is one moment in time, and we obviously did not start off well this year. We have a long way to go, but we will keep plugging away this year, the next year and the year after that. That’s the way this business is – you can’t take one moment in time and say you are successful or not.

How has the response been?

People have been very welcoming to us in Los Angeles and Orange County. People come up to say “We’re happy you’re here.” That’s encouraging to me, but at the end of the day we have to do two things to be successful – put a winning product on the field, and prove and earn our way into this marketplace off the field.

How do you do that?

There is a whole consortium of different outreach programs we’re working on now to help ingratiate ourselves to this community. You know, it’s a huge, huge community. The most difficult part to that is, where do you start?

There were other locations that would have been interested in having an NFL team. Why the focus on Los Angeles?

Obviously, there is the size of the market, and the venue. We have a state-of-the-art facility that I think is going to be incredible. It’s going to host two football teams, a Super Bowl, the Olympics and I don’t know how many other events. This gives direction to us where there could be uncertainty – we have clarity about where we need to go, what we have to do to get there. It’s going to be challenging, but we are up for the challenge.

Is there something special about the timing of all this activity we’re seeing?

The economy is at an all-time high, there is a lot of aggressiveness, businesses are building. Look at downtown

L.A. There are cranes on every corner, the city is booming, and a lot of people and a lot of businesses think there is

a lot of opportunity, so there’s a lot of buzz in Los Angeles. It’s incredible.

Tell me about the “Fight for L.A.” campaign.

It really comes down to two things: one I can control, and one I can’t. We can put the best product on the field and see what happens, and if you win there is a tremendous amount of upside there. But I can’t control that, no one knows what’s going to happen. One thing I can control is what we do off the field in the marketplace, and we’re committed to becoming a part of the fabric of Los Angeles. It’s important for the family, to this organization. Everything goes up and down and changes and I can’t predict what’s going to happen there, but I can predict what we’re going to do.

Are the owners of L.A.’s sports teams a close-knit group?

I know Jeanie Buss fairly well, and she’s given us insight on things to think about doing in this marketplace. She had a big dinner for us the night [after the move was announced]. Dan Beckerman and Phil [Anschutz] have been great to work with. I’m getting to meet everybody – I’m the new kid on the block.

Going to Staples Center and also tuning into games to watch the Kobe/Shaq Lakers during their run of four NBA Finals in a five-year stretch. I loved the combination of two of the NBA’s 10 greatest players, both with such different styles, and the reliable veteran role players who surrounded them. It was a joy to watch them when they were clicking on all cylinders, especially when they went 15-1 during the 2001 NBA playoffs.