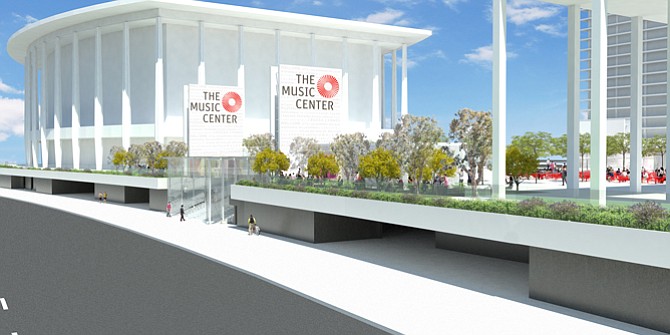 Downtown’s Music Center Plaza will receive a $40 million facelift, the performing arts complex announced Tuesday, thanks to funding by Los Angeles County and the Music Center.

The project will receive $30 million from Los Angeles County and $10 million in capital support from the Music Center. The Music Center also plans to raise $5 million for free and low-cost public events in the space.

Planned updates represent the first renovation of the outdoor plaza since the Music Center opened in 1964, and will allow for more outdoor performances and events, new amenities including escalators between the plaza from Grand Ave., as well as multiple food service options at varying price points.

“The new plaza is a physical manifestation of the Music Center’s commitment to access and inclusion, making it possible for us to present artists, festivals and special events that will engage audiences of diverse ethnic and cultural backgrounds, personal resources and age,” said Music Center President and Chief Executive Rachel Moore in statement.

Rios Clementi Hale Studios in Leimert Park is leading the redesign of the plaza, and work is expected to continue through spring, 2019, according to the center. The three theaters on the plaza, Dorothy Chandler Pavilion, Ahmanson Theatre, and Mark Taper Forum, will remain open during construction, as will the center’s main parking garage. 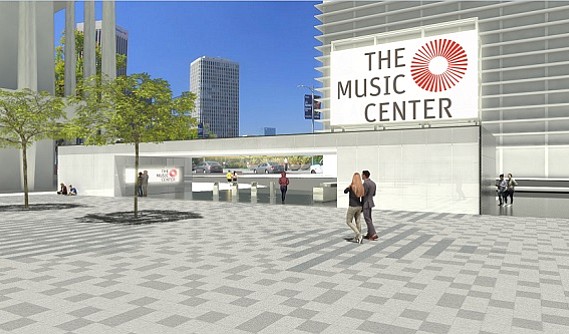 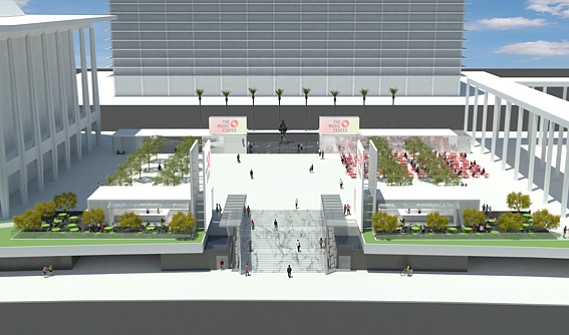 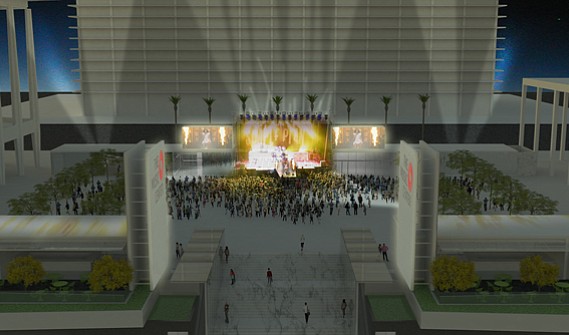