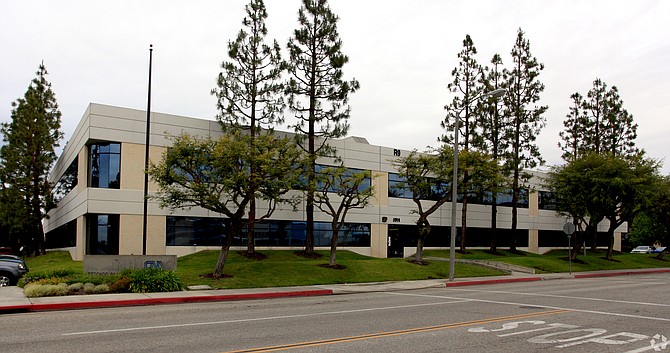 The building’s tenant, Northrop Grumman Corp., had less than two years remaining on its lease on the property at 3701 Doolittle Drive in Redondo Beach, according to NKF.

“The asset is really part of the El Segundo market,which has a ton of momentum,” Shannon said. “It’s an unusual situation where you have a credit tenant with only about a two year’s lease term. We think the tenant is probably going to renew, but if they don’t, the buyer is going to be fine because it’s a great reposition play and we’ve seen a lot of low-rise aerospace campuses converted to attractive creative space. That opportunity is available here in the unlikely event that the building becomes available.”

The building, built in 1986, is close to El Segundo’s Main Street retail areas, with more than 3 million people living within 20 minutes of the Redondo Beach Business Court, according to the firm.

Miramar’s purchase comes at a time of high office vacancies in the overall Beach Cities submarket, which includes Redondo Beach. The third quarter’s 16 percent vacancy in the area is above the countywide rate of 14.8 percent, according to Chicago brokerage firm Jones Lang LaSalle Inc. Beach Cities’ Class A rents at $2.61 a square foot are also cheaper than the $3.64 a square foot countywide. But according to JLL, no new office product was under construction in the submarket during the quarter.

Westport Properties Inc.’s next project in Compton goes beyond your run-of-the-mill storage space.

The Irvine-based self-storage developer plans to construct a state-of-the-art, 1,390-unit self-storage facility at 1901 W. El Segundo Blvd. and upgrade the adjacent Parmelee Pocket Park and its sports fields and infrastructure.

“The Compton community has been a great partner to our company in bringing this development to life,” said Charles Byerly, president and chief executive of Westport in a statement. “… We are committed to the city and its people, partnering with the community to make a difference in creating something for all to enjoy.”

The storage facility will be the 25th owned and operated in the greater Los Angeles area by Westport, which operates nationally under the US Storage Centers brand.

It expects to break ground early 2018, and anticipates finishing early 2019.

Century City-based Canyon Partners Real Estate announced it has provided a $63.5 million senior loan to an affiliate of Portland-based PHK Development Inc. to finance construction of a seven-story, 162-unit condo project in Portland, Oregon, its first in the metro area.

“Portland continues to be one of the fastest-growing metropolitan areas in the United States,” said Patrick Kessi, president of PHK.