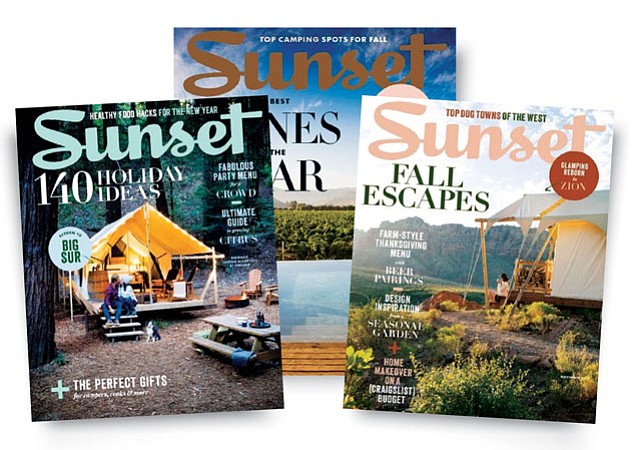 Regent burst into the national spotlight two months ago with the purchase of 1,100 Regis Corp. hair salons, and the Beverly Hills private equity outfit proved last week that it intends to stay there, acquiring Sunset magazine from Time Inc.

The deal, terms of which were not disclosed, adds to Regent’s media company portfolio. The firm already owns several outlets, including Sightline Media Group, which includes a portfolio of defense industry and military focused publications based in Washington D.C.; Weider History Group, a consortium of history-focused publications; and American Police Beat, a law enforcement magazine and website.

Regent founder and Chief Executive Michael Reinstein said that the Sunset purchase might seem off-beat for the firm, but nevertheless fits within a larger strategy of buying media properties that are geared toward passionate consumers.

“Within our portfolio we like passion-based publications,” Reinstein said. “Like with the Military Times, people who are passionate about Sunset will pay for access – both to the magazine and for events.”

The event component is another area that made Sunset attractive. The magazine has an event space in Napa already, and Reinstein said he’d like to expand the brand’s offerings.

The deal comes just after the announcement that Time would be sold to Meredith Corp. for $2.8 billion. The deal stirred controversy, largely because it’s backed by conservative billionaire brothers Charles and David Koch. The transaction isn’t expected to close until next year.

Time had announced in July it would explore the sale of Sunset as well as Coastal Living and Golf magazines. With the Sunset deal already in the works, Meredith okayed the sale to Regent, the firm said.

Regent will keep Sunset’s headquarters in Oakland, where the company moved in 2016 after Time sold off its original Menlo Park home. Reinstein said he may move some parts of the business to L.A., but the editorial team will remain ensconced in the Bay Area.

“If I said, ‘Hey, we’re moving the magazine to L.A.,’ people would hate it,” Reinstein said. “So as much as I would love to be around the amazing editorial team, Sunset’s history is so tied to the Bay Area that it has to remain there.”

Reinstein said the deal capped a busy fourth quarter for Regent, and that additional deals could be on the horizon in January.

“We have more coming down the pike,” he said.

Weblife claims its software also reduces the risk of litigation and e-discovery by limiting unnecessary data collection, and limits risk of privacy non-compliance by isolating personal web use.

“Organizations are having to confront the reality that employees will check their personal email from the corporate network, and will also use their corporate devices to check their email at home after work, on the road, and everywhere in between,” David Melnick, chief executive of Weblife, said in a statement. “By combining Proofpoint’s advanced threat detection capabilities with our unique browser isolation solution, enterprises can now secure both corporate and personal email from advanced threats and compliance risks.”

Proofpoint has its headquarters in Sunnyvale, and develops an encrypted and secure email service for corporations. The company intends to use Weblife’s browser to help clients stop malware attacks coming from employees’ personal email accounts.

Moses will serve as chief executive of the new outfit. Moses founded and led Oxnard’s kombucha maker KeVita, which PepsiCo. agreed to acquire for an undisclosed amount last year.

Clearlake has more than $3.5 billion in

investments in a variety of industries, including food.