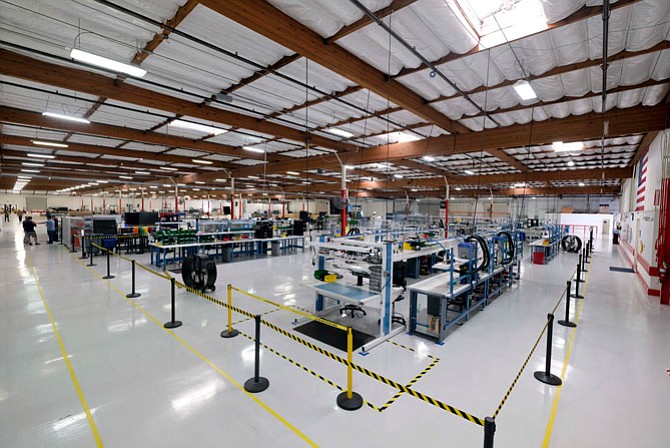 The company completed the installation of its fully-automated battery pack assembly line in November and now employs 200 at the facility, an increase from 40 in February when the company first moved into the location.

Romeo has some sales to do before it can meet that sort of potential.

Romeo has disclosed $65 million in initial orders for its battery packs scheduled for delivery in 2018, an announcement that came with word of a $30 million seed funding round. The contracts and design agreements include deals with automakers, manufacturers of motorcycles and forklifts, and other industrial players across the United States and Europe.

“We’ve grown tremendously this year, and are already looking to expand into other locations,” Patterson said.

Romeo launched its first consumer product in October, introducing the Saber, a mobile charging device it claims can charge an iPhone up to 10 times before needing a recharge of its own.

“Saber is like having a wall socket in your pocket,” Dion Isselhardt, chief design officer, told the Business Journal at the time.

Although Romeo is looking to expand elsewhere, manufacturing will stay in Vernon for now.

“It’s ideal to manufacture here,” Patterson explained. “We have rail, and the ports are right here – there’s a great infrastructure in place.”