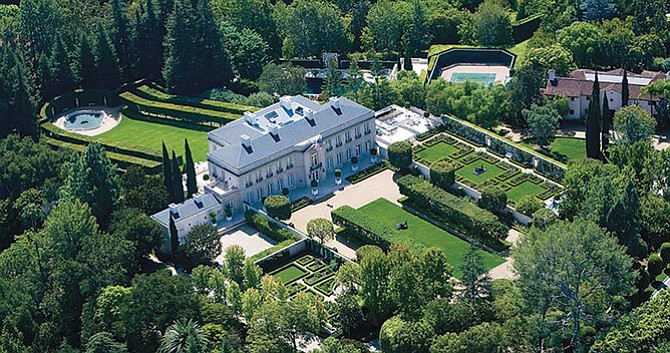 The mergers of two local brokerages with national real estate companies announced this month will bring little to no change to the industry, analysts said.

“Mergers of physical brokerage firms will sort of be a blip and really have no discernable impact,” said Eric Sussman, adjunct professor of accounting at UCLA’s Anderson School of Management. “It’s just too fragmented of a business.”

Low barrier to entry means that independent brokerages are regularly being created then later acquired, Sussman said, while new startups move to take their place.

That was the case in the recently announced acquisitions of Beverly Hills brokerages Partners Trust and Teles Properties, which both were founded by veteran real estate executives.

Partners Trust is merging with San Francisco-based Pacific Union International Inc., while Teles is being acquired by New York-based Douglas Elliman. Financial terms of both deals were not disclosed.

“Los Angeles remains our focus,” Partners Trust executive Nick Segal said. “Our merger with Pacific Union brings together best-in-class operations and technologies and immediately strengthens our position as the dominant independent force in Los Angeles – all while maintaining the nimbleness of a neighborhood-focused brokerage.”

Such deals occur when companies want to increase their market share, achieve economies of scale or access markets they didn’t have access to geographically, Sussman said.

In a study by the National Association of Realtors, 88 percent of firms surveyed said the number of mergers and acquisitions they were involved with remained the same in the 2004 to 2009 period and in 2010 to 2015.

“Luxury buyers and sellers in Los Angeles expect personalized service and an ability to work successfully with brokers from other agencies,” Rosenfeld said in an e-mail. “So while these mergers are important to the merging companies’ bottom lines, they won’t change the way we do business or the experience our customers expect.”

Partners Trust was No. 11 on the Business Journal’s list of top residential brokerage firms this year, as ranked by 2016 sales volume in Los Angeles County, with $2.47 billion. The roughly $5 billion in combined county sales of Partners Trust and Pacific Union, now both operating under the Pacific Union umbrella, would put the merged entity in competition for the No. 2 spot on the list against Beverly Hills’ Rodeo Realty Inc.

While many brokerages are making deals, it has become a little harder for would-be homebuyers to do the same.

A second-quarter report from the California Association of Realtors pegs the percentage of homebuyers who can afford to purchase a median-priced, existing single-family home in the county at 28 percent.

That number is down from 29 percent in the first quarter and 30 percent year to year.

“Minimum qualifying income for the state is double what it was five years ago,” said Oscar Wei, the association’s chief economist. “Homeownership will continue to trend downward, and we might be seeing some out migration.”

Affordability turns on three criteria, according to Wei: prices, interest rates and income.

“When you combine these three factors, it doesn’t look like housing affordability will increase anytime soon,” he said. “Income will probably not grow as fast as home prices, and we believe interest rates will go up by the end of the year.”

Interest rates are currently around 4 percent, and Wei said he expects wages to increase 2 percent to 4 percent while home prices increase by 5 percent to 6 percent.

A 1933 Bel Air mansion known as Chartwell broke records when it hit the market in recent weeks at $350 million.

The estate belonged to former Univision chief executive A. Jerrold Perenchio, who died in May at 86.

Amenities at the 10.3-acre site include a tennis court, ballroom, a pool and parking for 40 cars. The Sumner Spaulding-designed home was featured in the credits of 1960s sitcom “The Beverly Hillbillies.”