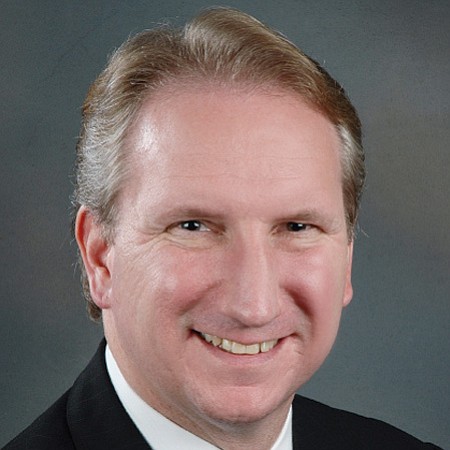 The Port of Los Angeles is expected to be the first port in the United States to create a centralized online cargo database as it moves to expand a successful pilot program.

The effort could give the busiest port in the country a competitive edge in a struggling and changing shipping industry that is seeing more bankruptcies and mergers, the formation of alliances, and larger ships. Supply chain leaders have long lamented the lack of coordination in the sharing of maritime data as a key factor in inefficiencies plaguing cargo movement.

The Los Angeles Board of Harbor Commissioners this month approved a contract extension with Chicago-based GE Transportation Co., which had handled the pilot program of the digital portal, under a recommendation from Gene Seroka, the port’s executive director. Seroka said no other port in the country has undertaken such a project.

The initial one-year contract – set to expire this fall – was extended for up to five years, and port funding is to increase from $1.3 million to $13.1 million. The agreement is subject to review by the Los Angeles City Council in the next few weeks.

The first round of the program included the largest terminal at the port, APM Terminals; shipping lines Mediterranean Shipping Co. and Maersk; and about 10 cargo owners including retailers and other businesses.

The program extension would include all eight terminals at the port, up to 15 global shipping lines and more freight owners.

“We received a lot of positive feedback from those that were involved in the pilot program,” said Nanette Efird, GE’s senior product manager who has worked on the project since its inception.

Standalone data from all sectors of the port supply chain exist, including for trucking companies, chassis providers, rail, vessels, terminal operators and more. The problem is the coordination among these data sets, or the lack thereof, Efird said.

The digital portal is a cloud-based web system with customized user-type logins, she said. The pilot program included setting up a secure login page for the parties involved, streamlining sources of data in one place and ensuring cybersecurity.

The logins by type ensure access only to information applicable to that client and relevant parties. Maersk, for example, could see its cargo shipment details all in one place without getting access to information on any other shipping lines, Efird said.

Terminal operators would receive the Maersk information via the portal, and pertinent information would be made available to other stakeholders such as truckers scheduled to pick up loads. This would reduce the back and forth between the parties in figuring out logistics, she said.

“These sets of information are already out there, but it’s all very fragmented,” she said, noting that some of the data is still only recorded on paper.

“We need to know chassis availability and size, what terminal to pick up cargo from, time of pickup, which containers and how many, for whom, where to drop off empty containers and so much more,” he said. “To have all that information available in real time, in one place, will impact us in a very positive way.”

The idea to create a centralized database at the port came in December 2015 when a super carrier called the Benjamin Franklin, owned by French company CMA CGM, docked. It was the largest container vessel to call on a North American port, carrying 18,000 containers, known as 20-foot-equivalent units, which was one-third larger in size than the biggest ships calling there at that time.

Port officials had to plan a few weeks in advance for the megaship’s arrival, which they said led them to look seriously into developing a system where cargo information was more streamlined.

Workflow problems often start with chassis providers, without which trucks are unable to move cargo containers once they come off ships.

“Our industry is very reactive,” said Kristy Schiller, logistics manager at chassis provider Flexi-Van. “I start my day working with all cargo terminal operators in getting a chassis count, and we do this manually with spreadsheets.”

Kenilworth, N.J.-based Flexi-Van is part of a so-called Pool of Pools agreement that makes it and two other companies, Direct ChassisLink Inc. and Trac Intermodal, the largest providers of chassis for carrying cargo containers at the twin ports. Together, the companies supply 72,000 of the ports’ 85,000 chassis.

What digital portal pilot program has improved, Schiller said, is the ability to plan ahead.

“Having a system like this would enable us to be proactive and plan chassis repositioning up to 14 days in advance as opposed to two to three days out,” she said.

With the contract extension, the digital portal has officially come out of pilot mode and is gearing for implementation by July.

L.A. port officials said they have extended an offer to include the Port of Long Beach in the initiative and are waiting to hear back.