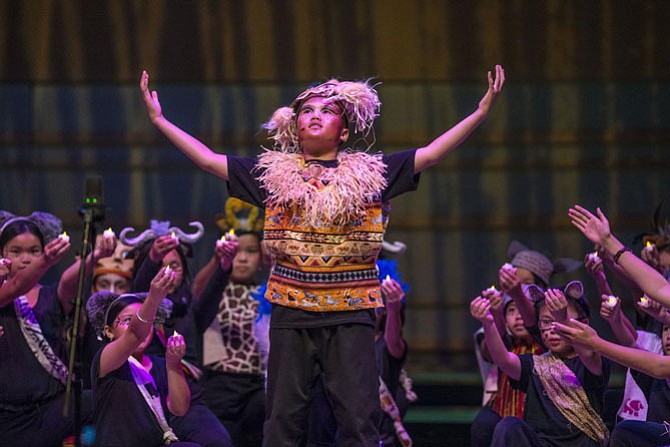 Students from Ethan B. Allen Elementary prepare to perform "He Lives in You" from "The Lion King" during Disney Musicals in Schools Student Share Celebration at Renee and Henry Segerstrom Concert Hall. Photo by Matt Masin

The Center Theatre grant, announced Tuesday, will fund two years of programming for five local elementary schools in 2017-2018, and another five for 2018-2019. The theatre group will select the schools that participate.