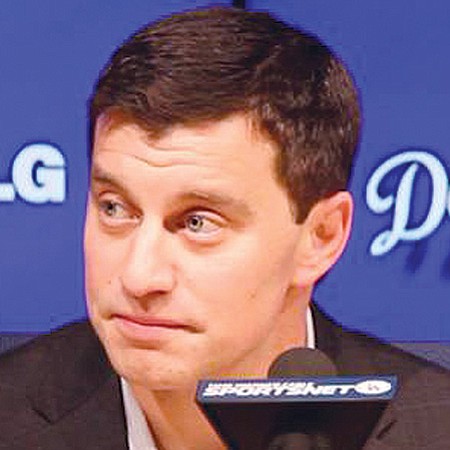 The former general manager of the Tampa Bay Rays, Andrew Friedman was hired to run the Los Angeles Dodgers in 2014. Friedman worked at a private equity firm before going to the Rays, where he became known as a general manager who was able to accomplish much with fewer financial resources than many teams. In his first year at the Dodgers, Friedman reportedly led the team to a $72 million profit through trades, shedding big contracts, and other money management efforts.