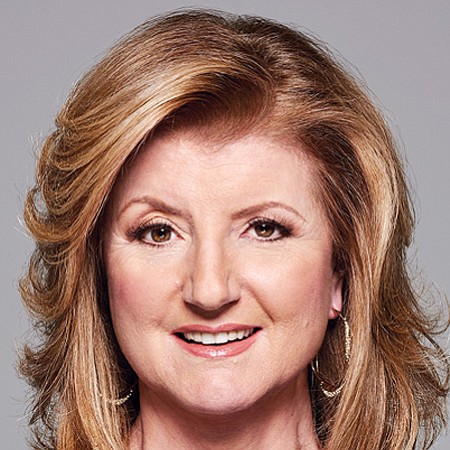 Arianna Huffington is an entrepreneur, columnist, and author. She co-founded the Huffington Post in 2005. The news and blog site quickly became one of the most widely read, linked to, and frequently cited media brands. It was sold to AOL, and she remained as president and editor-in-chief until 2016. In 2012, the site won a Pulitzer Prize for national reporting. She has authored 15 books and serves on numerous boards, including the Center for Public Integrity, Uber Technologies, Onex Corp., and Payoff Inc. She is a trustee of the XPrize Foundation.