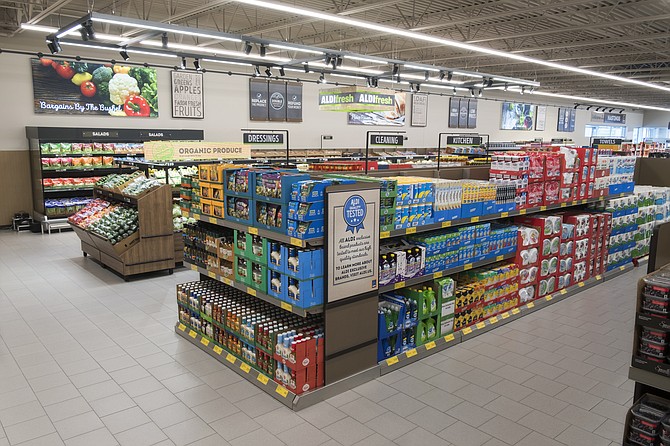 The stakes of the grocery delivery wars have just been raised.

German discount grocer Aldi Inc. announced Monday that it plans to debut a grocery delivery service through Instacart in Los Angeles, Dallas and Atlanta later this month. Aldi, which mainly sells products with its own label, has almost 1,700 stores in 35 states, according to a press release. About 15 of its stores are in L.A. County.

San Francisco-based Instacart said last week that it planned to add about 1 million customers to the existing 2 million in its coverage area in Los Angeles, Riverside, Venture and San Bernardino counties.

The move comes after Amazon.com announced in June that it planned to acquire Whole Food Markets Inc., which already has a partnership with Instacart, for $13.7 billion.

Caroline Anderson is a staff reporter covering retail, restaurants and hospitality. She can be reached at 323-556-8329.