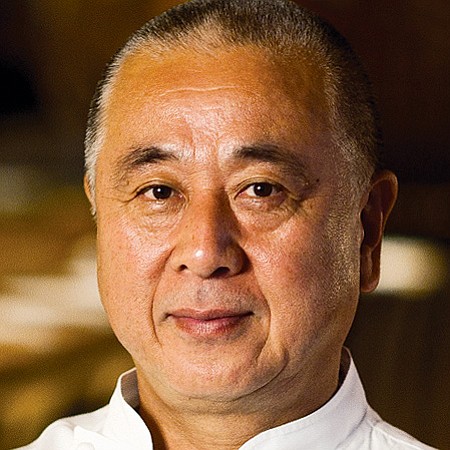 Nobuyuki Matsuhisa – known to the world simply as “Nobu” – is the chef proprietor of Nobu and Matsuhisa restaurants, located across five continents. Born and raised in Saitama, Japan, Nobu served a rigorous apprenticeship at a respected sushi bar in Tokyo and then worked around the world including Peru and Argentina, before finally settling in Los Angeles. Nobu opened his first restaurant in the United States, Matsuhisa, in Beverly Hills in January 1987. He currently has an expanding roster of 32 restaurants in 28 different cities around the world. He partnered with Larry Ellison and Robert DeNiro to open the Nobu Ryokan Malibu hotel in April 2017.