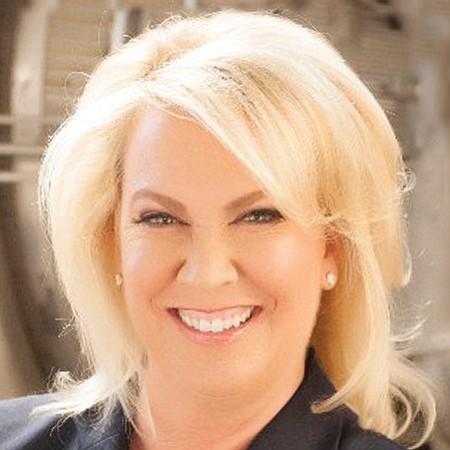 Eileen Drake has served as chief executive and president of Aerojet since June 2015, having previously served as chief operating officer. She has served on the board of Woodward Inc., a designer, manufacturer, and service provider of control system solutions and components for the aerospace and industrial markets, since February 2017. She was previously with United Technologies Corp., where she served as president of Pratt & Whitney AeroPower’s auxiliary power unit and small turbojet propulsion business. Prior to joining UTC, Drake managed production operations at Ford Motor Co. She served on active duty for seven years as a U.S. Army aviator and airfield commander of Davison Army Airfield in Fort Belvoir, Va.