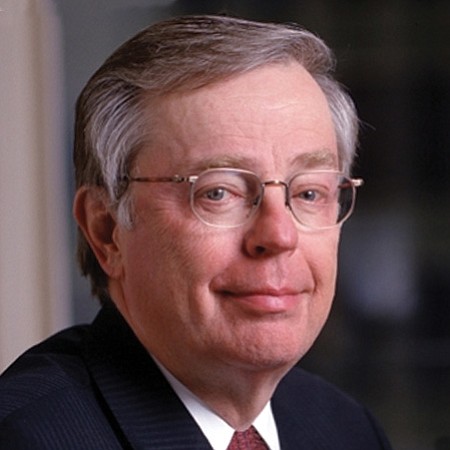 Kent Kresa is chairman of Mannkind Corp., where he has served on the board since 2004. He is also chairman emeritus of Northrop Grumman Corp., where he served as chairman from September 1990 until October 2003. He was chief executive from January 1990 until March 2003, and president from 1987 until September 2001. During this time, he transformed Northrop from a small boutique military contractor with $5 billion in annual revenue to a thriving, broad-based $28 billion enterprise with 120,000 employees. Kresa serves on several corporate boards, including Fluor Corp. He is also chairman of Caltech and of the Lincoln Laboratory at MIT; he is a member of UCLA Anderson School of Management board of visitors, the advisory councils of the Keck School of Medicine at USC and of the Music Center Foundation, and chairman of the Music Center of Los Angeles for the Performing Arts. While on the board of General Motors Corp., he was appointed interim chair by the Obama administration through the company’s bankruptcy from March to July 2010.