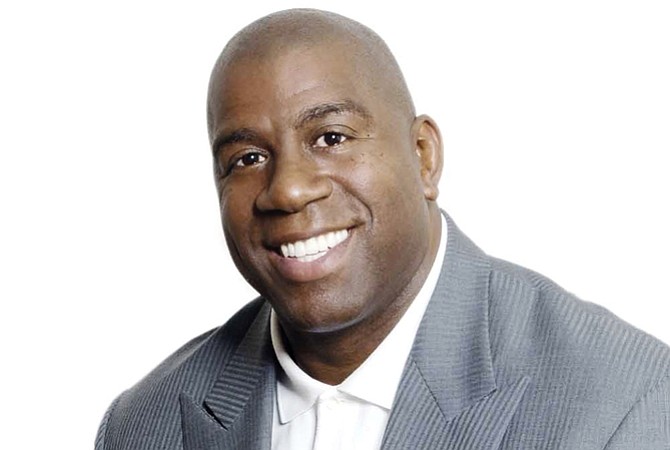 Since retiring from pro basketball more than 20 years ago, the legendary star Earvin “Magic” Johnson has morphed into a business powerhouse who has dedicated his life to leaving a positive impact in underserved urban communities. Magic Johnson Enterprises is an investment conglomerate valued at an estimated $1 billion. In his early years as an entrepreneur, he forged an alliance with Sony Pictures to develop Magic Johnson Theatres. In 1998, he teamed with Starbucks to become the only franchisee in the history of the company, acquiring and eventually selling 125 stores in a lucrative move that further solidified his position in the business world. Both ventures served as catalysts for redevelopment in urban communities. Still a commanding presence in the sports world, he became co-owner in 2012 of the Los Angeles Dodgers. He also co-owns the Los Angeles Sparks and Los Angeles Football Club, and is current president of basketball operations for the Los Angeles Lakers.