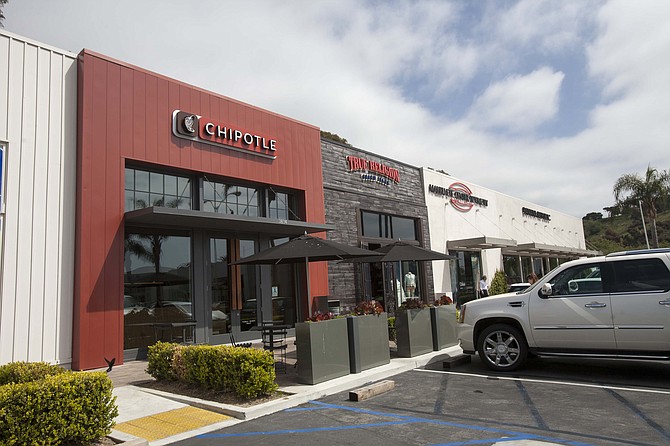 Malibu's Measure R would have limited chain stores, such as these at Malibu Village in 2013, but the state Supreme Court has decided not to hear an appeal of a ruling that invalidated the law.

The state Supreme Court has decided not to take up an appeal of a lower court ruling that Malibu can’t limit chain stores or force major development projects to be put to a vote of the people.

The determination filed late Wednesday appeared to mark the end of the road for the beach city’s Measure R ballot measure limiting development, handing a major victory to developers and for a project that would bring a Whole Foods store to the city.

One Malibu business leader said the apparent exhaustion of legal appeals should make it slightly easier to develop significant projects in the city.

“This will allow for some more stores and businesses here in Malibu so that residents don’t have to travel the canyons to do their shopping,” said Rod Bergen, immediate past president of the Malibu Chamber of Commerce. “But that doesn’t mean the city is going to be overrun with big box stores. Even without Measure R, it is still incredibly difficult to get entitlement approvals for significant projects in the city. Measure R would have made it all but impossible.”

Malibu City Attorney Christi Hogin could not immediately be reached for comment.

Measure R, which Malibu voters passed in November 2014, would have prohibited any shopping center in the city from leasing more than 30 percent of its space to chain stores and would have required any commercial project of more than 20,000 square feet of retail, commercial or mixed-use space to be placed before voters. Actor-director Rob Reiner, a former Malibu resident, backed the measure.

A group of Malibu property owners – including Steve Soboroff, developer of a retail center project near the civic center that would include a Whole Foods store – filed suit in April 2015 challenging the constitutionality of the law. Soboroff’s retail project has all of its entitlements except voter approval as required under Measure R.

In December 2015, Los Angeles Superior Court Judge James Chalfant declared Measure R to be invalid in his December 2015 ruling. He said it was illegal for the chain store cap to be based strictly on the type of tenant as opposed to the use of the space. He also said the requirement to place any commercial project of more than 20,000 square feet before voters illegally usurped the city’s proper administrative land-use role.

That ruling withstood city appeals to both the Second District Court of Appeal and now, to the state Supreme Court.