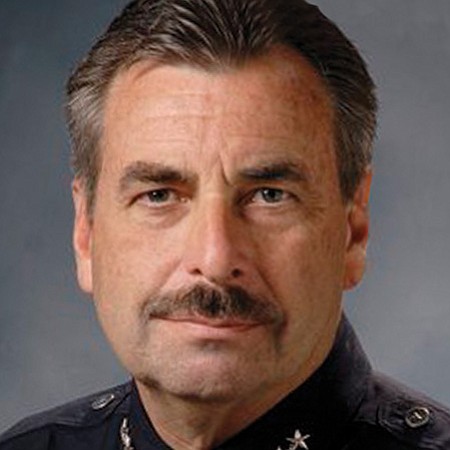 Charlie Beck was appointed chief of the Los Angeles Police Department in 2009. He oversees the third-largest police department in the United States, managing 10,000 sworn officers and 3,000 civilian employees, encompassing a population of about 3.8 million people, and an annual budget that exceeds $1 billion. His major priorities include the mitigation of crime, reduction of gang violence, containment of terrorism, and continuation of reforms that brought the department into compliance with a federal Civil Rights Consent Decree. Beck was appointed to the LAPD in 1977 after serving two years with the L.A. Police Reserve Corps. He was promoted to sergeant in 1984 and to lieutenant in 1993, followed by captain in 1999 and commander in 2005. In 2006, he achieved the rank of deputy chief.