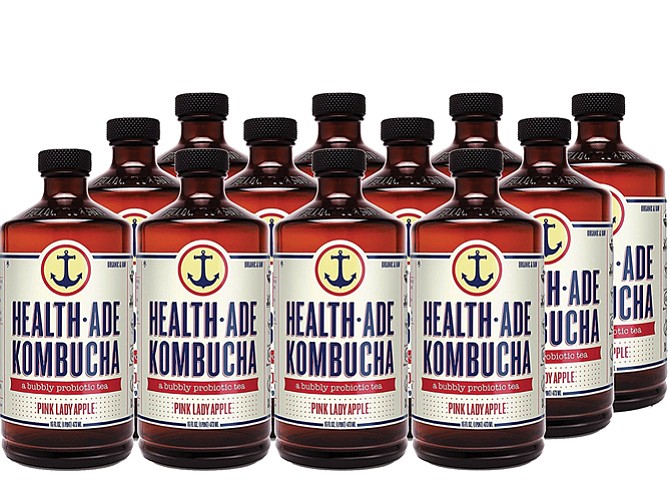 Bottled Up: First Beverage Group got behind Health-Ade Kombucha in 2013.

A Century City-based investment bank that has focused on backing startups making nonalcoholic beverages is growing up a little for its second fund.

First Beverage Group, which raised $64 million last month for the new fund, will include companies making alcoholic drinks this time around. That’s a departure from 2013, when its first fund, backed by Coca-Cola Co.’s venture capital arm, only invested in nonalcoholic drinks including Health-Ade Kombucha.

“(There’s a) lot of attention from the big food and beverage players in microlabels that are growing,” said McCoy, pointing to the acquisition this year of New York-based Bulldog Gin.

“It’s very difficult for large companies to incubate (new beverages),” Stalowir said. “That’s why private equity groups like First Beverage are great sources of capital and strategic know-how. Once they build the category and take it to the next level, that’s when the big guys come in.”

Anderson founded First Beverage Group as an investment bank and consultancy in 2005 after serving as executive vice president at Topa Equities, a multibillion-dollar diversified holding company founded by his father, John Anderson, in 1956. Topa grew out of Ace Beverage, an L.A. beer distributor that John Anderson founded and which later became a Topa subsidiary.

The success of some smaller food and beverage companies has led to interest from investment firms focused on those categories.

One of the first companies First Beverage funded was Torrance’s Health-Ade Kombucha. Health-Ade has raised a total of $21.5 million, according to Securities and Exchange Commission filings. It expanded into a 50,000-square-foot manufacturing facility last year.

First Beverage looks for companies with at least $1 million in revenue that have shown proof of concept in at least one major metro market and had success with at least one strong distributor, Anderson said. The firm tends to invest between $2 million to $10 million in exchange for 15 percent to 35 percent stakes, although there’s some flexibility, he said.

Funds such as First Beverage might expect an internal rate of return between 20 percent to 40 percent, Stalowir said.

Alcoholic drinks tend to have better profit margins than nonalcoholic, analysts said. Spirits also have the complication of government regulation.

First Beverage’s expansion into alcohol is a continuation of its interest in differentiated emerging brands, said Anderson, adding that the second fund will also include nonalcoholic drinks.

“We’re seeing extraordinary entrepreneurs in craft spirits,” he said. “We see a certain number of opportunities within that segment.”

He pointed to the company’s May investment in Mexican mezcal seller Gem&Bolt and last year’s investment in Brooklyn’s Q Drinks, which makes sparkling mixers for cocktails, as examples of investments that were actually part of the second fund.