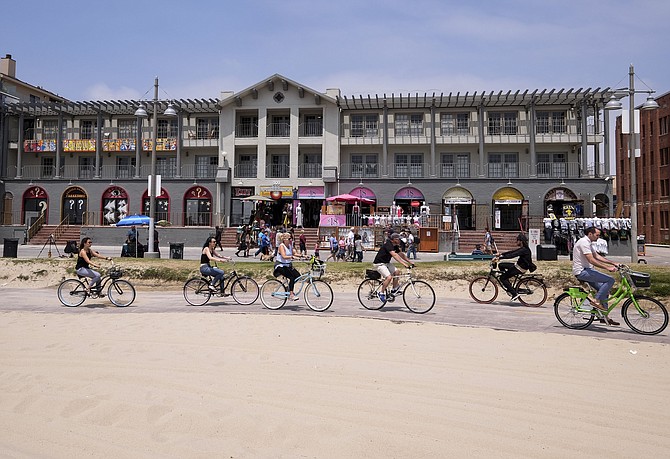 The Venice Beach Freakshow will offer its final performances Sunday, forced to abandon its boardwalk home because its landlord declined to renew its lease, according to the founder.

The news came about two years after Snap Inc. became a tenant of office space in the building, which Freakshow founder Todd Ray said is yet another sign of corporate businesses trampling Venice’s funky, artistic vibe.

The Freakshow has been at the location at 909 Ocean Front Walk for 11 years, putting on shows starring “The Bearded Lady,” “The Smallest Man in America,” and “Wolf Boy.”

“You can buy it all, but you don't have to kill it all at the same time,” Ray said.

He said his landlord would not negotiate a new lease or reveal its identity beyond the name “Snapshot Partners,” a company that assumed a leasehold interest in the building in March 2016. Ray said he was told the company isn’t connected to Snap.

A Snap spokesman said the company has nothing to do with Snapshot Partners and is focusing its growth outside of Venice. He confirmed that Snap occupies part of the third floor at 909 Ocean Front Walk through a sublease with Jerde Partnership.

The developer of the Snapchat application, which went public in March, keeps headquarters nearby on Market Street, part of the 305,000 square feet it occupies in the Venice area, according to its IPO filing.

The company’s real estate strategy has been to hopscotch across Venice and Santa Monica, setting it apart from other L.A. tech successes that have settled in Playa Vista and Santa Monica office parks.

It’s a strategy that has also frustrated local residents and businesses, concerned that employees in the fast-growing company are turning Venice’s counterculture vibe into something more corporate.

Ray said the Freakshow is the only remaining ground-floor tenant at 909 Ocean Front Walk, after other retail businesses also could not renew their leases. Architecture firm Jerde Partnership is the largest tenant in the building, and plans to relocate once its lease ends a year from now.