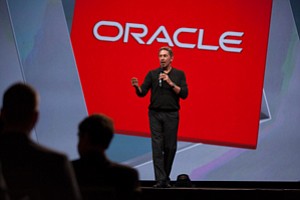 Software giant Oracle Corp.’s purchase of a Colorado Boulevard office complex at what is likely a record local price per square foot this month could push the stakes even higher in booming Santa Monica.

“It’ll be the new baseline for a trophy asset in the heart of Santa Monica that checks every box from an institutional perspective,” said Andrew Jennison, a partner at Industry Partners brokerage in Santa Monica.

At a sky-high $1,165 a square foot, the sale amounted to $368 million, according to a source familiar with the deal.

That’s a substantial premium over the property’s sale price in April, when Invesco Advisers Inc., a unit of Invesco Ltd., picked up the complex at 2600 and 2700 Colorado Blvd. for $899 a square foot, or $284 million. At the time, the acquisition marked one of the highest such trades in the seaside market.

A deal the following month nearly hit that mark when Boston Properties purchased a 50 percent stake in Colorado Center for just over $863 a square foot, or $511 million. Earlier this month, the Lantana office campus in Santa Monica sold for $825 a square foot, or $400 million.

Oracle, co-founded by megabillionaire Larry Ellison, plans to occupy a space currently leased by Viacom Inc. at 2600 Colorado once the media company relocates to Hollywood next year, said a source familiar with Oracle’s plans. Another tenant, Lions Gate Entertainment Corp., plans to remain at 2700 Colorado through the end of a long-term lease.

An Oracle representative declined to comment as did the company’s broker, Matthew Miller of Cresa. Invesco did not respond to a request for comment.

The new owner is limited liability company Office Block Investment on behalf of Oracle America Inc., an Oracle subsidiary, according to the grant deed filed Nov. 9 with the Los Angeles County Registrar/Recorder’s Office.

In addition to the security of occupying company-owned space, Lions Gate is a creditworthy tenant that has just completed a major office renovation.

“It’s not like (Ellison) buying it at $1,000 a square foot and then has to do all the renovations and has to find a tenant for the space,” Jennison added. “Then we might say he’s crazy.”

Boston Properties, on the other hand, got a better price in May when it took on a fixer-upper in the 1.18 million-square-foot Colorado Center, which was less than 70 percent leased and in need of upgrades. The company pledged to spend heavily on renovations and has been recruiting tenants. Kite Pharma Inc. is negotiating a deal for 160,000 square feet there, according to sources working in the market.

Oracle likely saw its new office building as a rare opportunity to own real estate in the coveted Santa Monica office market.

The Redwood City company recently leased about 140,000 square feet at the Water Garden just across the street from its new property. Whether it keeps that lease as it moves into its new digs remains to be seen.

Santa Monica has little room to build further and developers would be hard pressed to construct an office structure similar to Oracle’s new property in a time of fierce opposition to large, densely packed buildings.

“There’s really no opportunity to build a structure like that again,” Jennison said.

The 316,000-square-foot property was built in 1988 for the corporate headquarters of National Medical Enterprises Inc., a now-defunct chain of hospitals. When L.A. developer Jeff Worthe’s M. David Paul Development picked up the site about a decade later, the company did extensive renovations to land entertainment-oriented tenants including MTV.

Worthe, through his Worthe Real Estate Group, had a stake in the property at the time of this month’s sale to Oracle. He declined to comment on the deal.

California’s booming technology industry is sending a wave of software developer, app makers, and digital media companies into the Santa Monica market, a section of so-called Silicon Beach. Part of the appeal is the proximity to some of the most important companies in modern entertainment and media, ranging from Lions Gate to Amazon.com Inc.’s creative studios to video-game maker Riot Games.

“We’ve seen an influx of Northern California tech companies come down to Southern California as the lines between media and tech and entertainment blur,” said Jeffrey Langbaum, a senior REIT analyst at Bloomberg Intelligence.

It also helps that a top-tier workforce wants to live in Los Angeles rather than the San Francisco Bay Area.

“There’s a heavy talent component in and around the L.A. market that is being tapped,” Langbaum said.