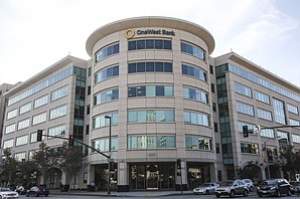 Pasadena-based CIT Bank has finally won approval of its new community reinvestment plan from federal regulators, a condition of the consent of its merger with OneWest Bank last summer.

CIT Bank confirmed to the Business Journal that the Office of the Comptroller of the Currency informed the lender Monday that it had no objections to the bank’s new plan, effectively giving its blessing.

A so-called “CRA plan” is a blueprint for meeting the needs everyone in the communities a bank serves, including low- and moderate-income residents.

Regulators required the combined lender to revise its original reinvestment plan after community groups criticized the initial strategy and got regulators to hold a public hearing. CIT Bank submitted the revised plan in December.

But some community groups are still unhappy with the bank’s new blueprint.

The San Francisco-based California Reinvestment Coalition, which led efforts to compel CIT Bank to improve its plan, complained in a statement that the new blueprint has the same overall dollar commitment ($5 billion over four years) as the earlier draft plan that regulators wanted improved last summer.

The organization added that each plan ranked the lender at the bottom of its peer banks in California for community reinvestment activities. It also accused the bank of ignoring low- and moderate-income customers.

“Unfortunately, those communities are not the main focus of CIT’s new plan,”

CIT Bank said it had been cooperating with regulators to develop a plan supportive of these communities.

“CIT is fully committed to meeting the banking needs of our communities, including low- and moderate-income neighborhoods and consumers,” wrote a CIT Bank spokesperson in a statement to the Business Journal. “Our CRA plan was developed in consultation with many local community groups in southern California and our Community Advisory Board that gave us input in developing the plan, and reflects the feedback we received from these valued stakeholders.”