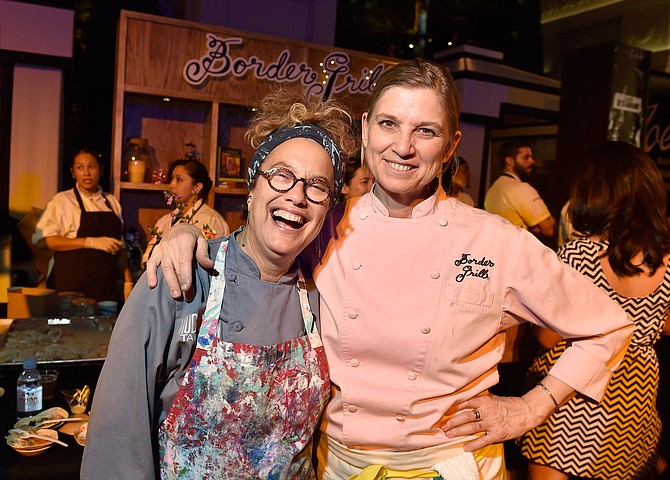 Local eateries hope profits will be on the menu during Dine L.A. Restaurant Week, which helps restaurants entice customers with special menus that will take smaller bites out of their wallets.

Running through July 31, more than 300 eateries across Los Angeles will take part in the program organized by the Los Angeles Tourism and Convention Board.

“It helps drive the message that L.A. is an ultimate feeding mecca,” said Stacey Sun, director for Dine L.A. The event also helps boost spending across the market, from newcomers like Broken Spanish downtown to standbys like Spago of Beverly Hills.

“The amount of business that it drives in their restaurants in these 14 days makes a big impact on their bottom line,” Sun said.

Dine L.A. first kicked off in 2008 and takes place in January and July – seasons that are typically slow for local restaurants. Consumers spent $24 million during this January’s Dine L.A., according to the convention board.

“In the restaurant industry, it’s all about pennies,” she said. “Any opportunity to create an environment and experience that someone might not get every day, I think is beneficial. ... You want to offer an experience that’s different from just going out to dinner.”

Feniger and Border Grill co-owner Mary Sue Milliken crafted several off-menu dishes for Dine L.A., partnering with the California Avocado Commission to highlight an ingredient that hits its prime in the summer.

Both the downtown and Santa Monica Border Grill locations will offer avocado-themed menus as part of the promotion, including toast topped with tequila-cured salmon and pork in avocado mole. The menus cost $20 for lunch or $29 for dinner.

“You could, if you wanted to, eat a whole avocado menu. Even for someone who’s been here a bunch, that may be a cool thing to do,” Feniger said.

“It raises interest and attention. If you hit the right thing, more curiosity could come,” she said.