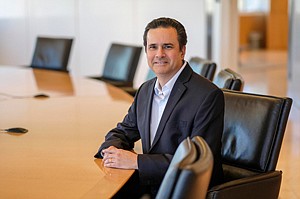 When Dalian Wanda Group was accused of illegally funneling foreign money into a campaign against a Beverly Hills hotel measure on the November ballot, it crystalized for many the growing influence of Chinese interests in local and national American politics.

Though the allegations against the Beijing company, chaired by Chinese billionaire Wang Jianlin, never progressed to an official investigation, they nonetheless garnered international attention amid a presidential campaign full of rhetoric about China’s relationship with the United States.

Adding to the controversy is Dalian Wanda’s broad push into Southern California and Hollywood highlighted by the company’s purchase of Legendary Entertainment and its pending acquisition of Dick Clark Productions.

Allegations of Russian government hacking that might have influenced the U.S. presidential campaign have also stirred concerns about foreign influence in politics.

“There’s going to be increased concern in the years ahead about all kinds of international influence on the American political system, including but not limited to the Chinese,” said John Pitney, professor of politics at Claremont McKenna College.

While Chinese companies use many of the same tools as U.S. businesses to get their investments and projects approved, including consultants who work behind the scenes, foreign entities are prohibited from contributing directly to U.S. political campaigns.

Their U.S. subsidiaries don’t face the same rules, but in the current climate, Chinese companies are learning they have to take special care when bringing their business interests to American soil.

On some of the priciest soil in the country, Dalian Wanda sought – and recently won – approval from the Beverly Hills City Council for a $1 billion hotel and condo project at 9900 Wilshire Blvd. The project, known as One Beverly Hills, includes a 134-room luxury boutique hotel and a 193-unit condo tower.

Before the issue was decided, however, project supporters claimed Dalian Wanda had illegally inserted itself into the campaign.

Rohan a’Beckett, deputy general manager for Wanda Beverly Hills Properties, said the allegations are not true and that the contributions in question came from a U.S. office run by U.S.-based officers.

“We’re a local U.S. office and a local U.S. entity and have every right to participate in the process just as any other U.S. development entity does,” he said.

The FPCC’s preliminary inquiry found no evidence to suggest that the contributions were directed by Dalian Wanda; the commission decided not to investigate further.

The key question in determining whether the contributions were legal was whether they were directed by an entity outside the United States.

Under U.S. election law, American subsidiaries of foreign entities are allowed to contribute to U.S. elections as long as American employees are running the subsidiary and there is no direct order from the entity outside the United States to make the contributions.

While there isn’t any readily available data on contributions by Chinese or other foreign entities to local campaigns, OpenSecrets.org reported that foreign-connected political action committees gave more than $17 million to candidates for federal office last year.

Similar concerns emerged in 2012 when a foreign company that operates pornography websites, Manwin Licensing International of Sarl, Luxembourg, was accused of funneling money through a subsidiary to a committee opposing a measure on the city of L.A. ballot requiring actors in adult films to wear condoms.

Again, while the law bars campaign donations from a foreign entity, just what’s considered foreign can get confusing when dealing with subsidiaries.

“The law seems clear, but in practice the lines can get murky,” said Claremont McKenna’s Pitney.

The Manwin case caught the attention of the FEC, and in 2015 three commissioners launched an effort to ban all companies with any degree of foreign ownership from making political contributions to state and local ballot measures.

“Today, the FEC cannot provide assurances to the American people that foreign money is not being used to sway how American citizens vote,” Commissioner Ellen Weintraub wrote in a Sept. 16, 2015, letter to her fellow commissioners. “This is unacceptable. It is within the power of this Commission to provide these assurances. It is our duty to do so.”

But the move has gone nowhere because it needs support from four of the six commissioners, and the three Republican members have so far blocked it. That standoff is expected to continue under the incoming Trump administration.

Of course, making election contributions is only a small part of what Chinese investors and companies must master when it comes to getting approvals for their deals in Los Angeles and across the country.

Chinese companies take the same approach on the entertainment side.

“My role in representing Chinese companies is similar to my role representing American companies: Everyone is seeking to make smart practical deals that will advance the full scope of their interest,” Conner said.

The only difference, he said, is that he might have to spend a little more of his time educating his Chinese clients on the nuances of the U.S. entertainment industry and political process.

Connor said that senior executives come from their Chinese headquarters to Los Angeles to meet with executives in local entertainment companies to get a feel for the companies they are investing in. But they leave the heavy lifting on getting the deals done to the hired consultants.

That lifting could get even heavier once President-elect Donald Trump takes office.

“With Trump in the White House, there will be increased concern about foreign government entities and their influence here,” said Pitney. “And that could lead to a backlash.”