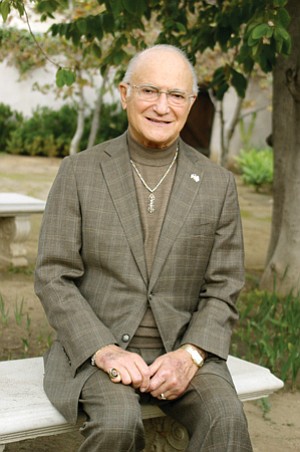 Patrons of Lawry’s the Prime Rib in Beverly Hills have been pulling up at the local institution and handing their keys off to employees of just one company for more than 70 years: Valet Parking Services.

The company’s sale this month for an undisclosed amount to Hartford, Conn.-based LAZ Parking technically ends that streak, although the Valet Parking Services name, employees, and reputation remain, according to now-former co-owner Anthony Policella.

The deal took shape over the last couple of years and, at its core, was a pragmatic one, according to Policella and LAZ’s Michael Harth, one of the company’s co-founders and its chief cultural officer. With most parking businesses consolidating, smaller regional outfits such as Valet Parking Services, or VPS, can’t compete.

“As the industry has become more competitive it made sense for VPS to join up with LAZ,” Harth said. “For the last several years we’ve been talking about how to make a deal and make it a win for everyone involved.”

Part of the deal calculus was making sure the legacy of VPS is carried on. The company is the progeny of L.A.’s “parking king” Herb Citrin, who grew his upstart valet service from that lone Lawry’s account in 1946 to one of the city’s premier parking companies.

Citrin, who died in 2013 at 91, started out providing valet service for restaurants and from there began parking cars for department stores, hotels, and some of the city’s high-profile events. VPS has about 60 contracts and has handled parking services for the Academy Awards, Emmys, Penninsula Hotel, and Playboy Mansion.

Policella, who joined VPS in 1992, bought half of the company’s business with another longtime employee, Victor Morad, in 2003 when Citrin decided to sell. The other half was sold to downtown’s Ampco Systems Parking. Policella and Morad, who died last year, retained the VPS name and it is their business that was purchased by LAZ.

The sale this month cements LAZ’s position as the second-largest parking service in the nation. The company operates more than 2,500 locations across the United States, has more than 10,000 employees, and manages more than $1 billion in revenue, according to Harth. LAZ’s contracts include the city of Chicago, Oakland International Airport, and Ohio State University.

Harth co-founded the company in 1981 with childhood friends Alan Lazowski and Jeffrey Karp. It has aggressively expanded in Los Angeles in recent years and will now control more than 200 contracts in the area after the VPS deal, Harth said.

Indigo, the French parking giant, bought a 50 percent stake in LAZ in 2007.